Joining in today with Hawthorn for her monthly Scavenger Photo Hunt    Check out some of the others who gather their photos for this - it's really interesting to see different interpretations of words and to see their corner of the world.

So in between recording sessions I really welcomed this challenge to get me outside and to have something else to focus on this month ...

We were looking right in to the setting sun at the top of Lough Nevar, overlooking Lower Lough Erne.... really hazy as a result, but I kind of liked these photos - couldn't choose between them. 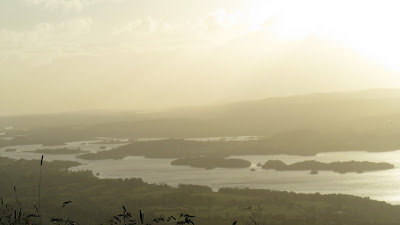 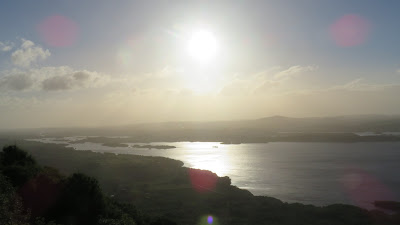 and I loved how the light of the setting sun lit up the trees that evening earlier in the month. 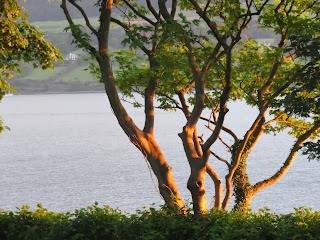 Well, there are lots of dusty corners with spiders in them around my house at the minute and they could easily pass for wild places ... but this is at the bottom of the garden - there's a strip where the bluebells grow and we never cut it until they have disappeared back into the ground - every year I intend to scatter some wild flower seeds but never remember until about June when it's too late, but still I love the grasses. 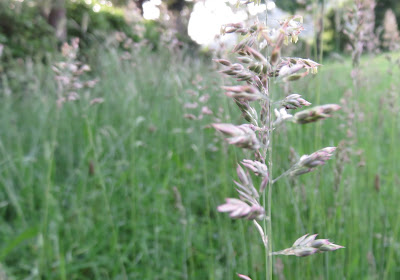 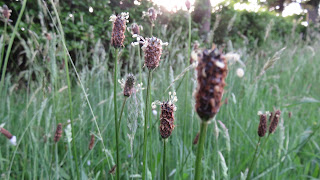 My kind of beautiful 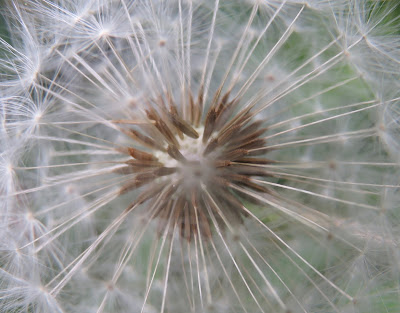 Look to the skies

I"m cheating a bit here -  this photo was taken early in May not June - but what a glorious day it was...  I love looking up through the trees - it reminds me of childhood days, climbing trees in the woods, imagining we were Robin Hood and his merry men - I was Maid Marian of course :)  And later, searching for hazelnuts ... Those woods are gone now and there's not a chance that I'd be able to climb a tree anyway, but it's great to let your mind wander back. 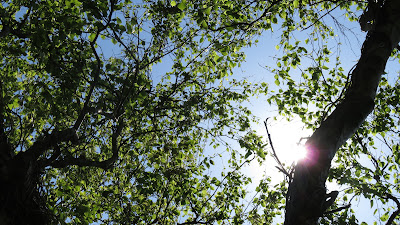 The mini beasts in this boy's mouth didn't stand much of a chance..  He? She? had a nest on the front wall of the house and we sat for ages watching him flying in and out feeding whoever's hiding in there.   Whenever we went outside in the sun, he'd fly in all sorts of directions to distract us.
Something I never thought of before, was pregnant birds - I just assumed they laid their eggs and that was that.   But we had this strange looking bird walking around the back garden early in May and not being able to find it in the bird book I posted a pic on Facebook to be told, that's a pregnant blackbird!!!   Why I hadn't thought of it beats me, but you live and learn.  Anyway, this one could be either Mummy or Daddy Robin. 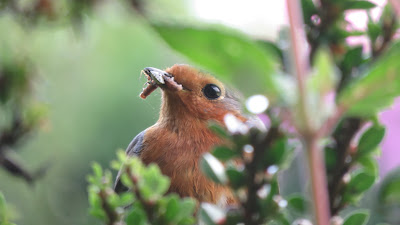 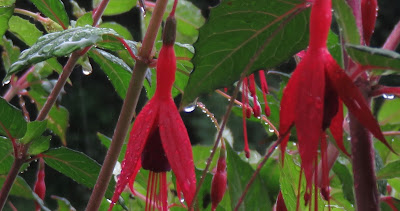 There's this enormous rhododendron in our garden - every year I threaten to cut it down, or at least cut it back.  But for the couple of weeks that it blooms it is magnificent, and the bees just adore it - there are literally hundreds of them on it at a time. 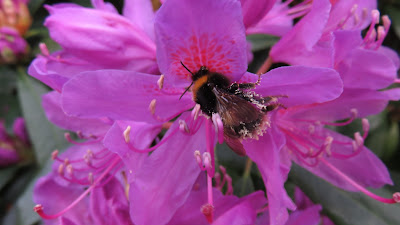 There's an old building in the middle of the village that should be tossed or revamped or something ... but I swear the reason no-one touches it is that for a couple of short weeks from the end of May into June, it is festooned with the most beautiful wisteria. 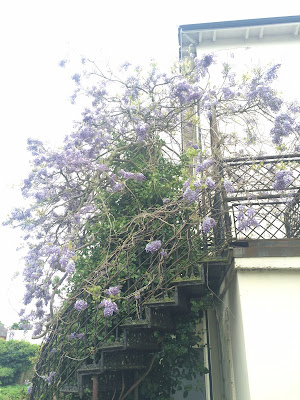 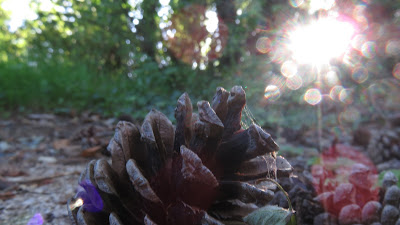 Thanks Kate, for organising this photo hunt every month - off now to have a look at what everyone else has been up to.