Joining in today with Hawthorn for the monthly Photo Scavenger Hunt - a list of words to illustrate with photos.
It's a joy doing this challenge each month and having a look back over the where, how and when of the past month, although most of my selection here seem to have a doom feeling about them ... sorry about that ... exasperation at the continuing cold I expect.   But  here goes.

A really cool evening a few weeks back.  I love seeing the low clouds.
That bare tree in the foreground never buds until the end of May and is the last to shed its leaves - every year I'm checking to see if it's dead and every year it fools me
Thankfully the sun is now shining.

I was doing a workshop over in South Armagh earlier in the month and in the foyer there was a big hoarding about the sinking of 'the Hannah' - unfortunately my photo is terrible of it, but it fits this prompt .  This was one of the famine ships. 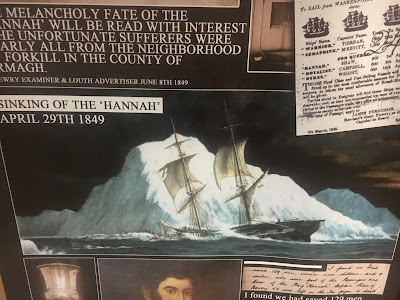 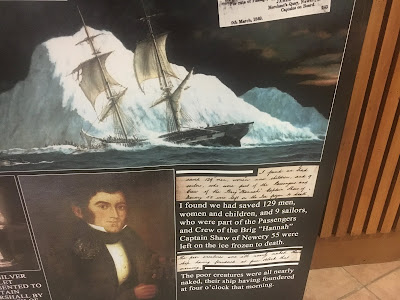 and in case you're interested in shipwrecks here's an interactive map of over 4000 wrecks off the coast of Ireland - phew!

Driving across the Queensferry Crossing (the new bridge over the Forth) in Scotland at the start of May, and looking over to the Forth Bridge in the distance and the Forth Road Bridge in the middle.  Confusing names. 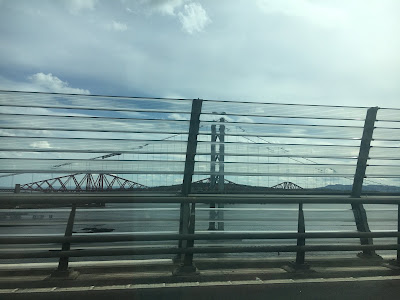 Or should I say - no fences.  This is the border where I grew up.
Both County Fermanagh(in NI) and County Donegal (in ROI) are in the province of Ulster - (it's incorrect to call Northern Ireland Ulster).  The lane in the third picture was what was once known as an unapproved road.  There are hundreds of them around the border counties. During the Troubles it was blown up by the army to then be filled in again by farmers needing to get to their livestock or to the bog.  I'm wondering how it'll be policed once Brexit lands. 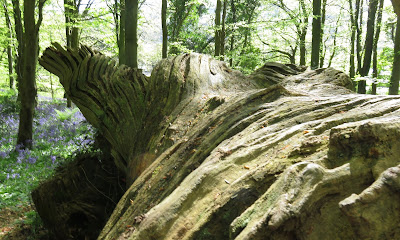 The bluebell wood at Narrow Water near Warrenpoint.
This is where the second part of the Woman in White was filmed apparently.
Summer always seems to arrive in May and the bluebells just smile at everyone.  Wonderful sight seeing wedding parties and young couples and people carrying babies in, all coming in to be photographed.
So that's it from me for this month .... I'll get time on the ferry tomorrow night (we're on our way to Germany) to have a look at everyone else's photos - a trip around the world in words and pictures.
If you fancy playing along or want to check out what everyone else has shown for these words, take a look here.
Posted by Fil at 17:47:00 15 comments:

It takes me much longer to recover from tours these days, or maybe it's just that I'm being kinder to myself and taking the time I need to rest.  Whichever, I've been staggering through to the end of the past few weeks feeling like I've achieved nothing and the to do list has managed to get  longer.  But then I remember the gigs and workshops I've done (thank you for all the good wishes about the singing for lung health workshops - they are going really well and the gigs have been a joy),  the drives to my mum, the radio interview on the other side of the country - and I think, no wonder there's no washing done and the house is a tip.

Whether it's that I'm getting older or that I'm a Libran, I just can't take decisions.   So I go through the days with random stuff coming into my head of must do this and have to finish that - and  I can't decide which to start with and end up doing nothing and getting more stressed.

So I finally sat down the other day and did a list of Must Do, Should Do and Want to Do - it made it much easier to see exactly what needs to be done when.  So now, getting ready for the road again at the end of this week, I'm at least feeling ready and rested and excited - there's still a song or two to polish and words in German to learn, but that'll happen - the wonder of deadlines.

I had a couple of hours in the hairdressers yesterday - trying to avoid the wedding - (£100k for a dress!! what the ...? ) and had a leisurely catch up on reading your blogs and putting up some photos.  Happily we also got a few hours in the garden and got it a bit tidier before today's rain - and off to view a vintage fair this afternoon ... happy days ... a relaxing weekend.

Wishing you all a lovely rest of weekend.


We're back after a swift run around all parts of the British Isles - down through Ireland to Rosslare, ferry to Fishguard and across the south of Wales, over into England to north London, up the eastern side of the country and into Scotland and back home to the North of Ireland ... phew..   A lot of miles, 4 wonderful concerts, a radio session, catch ups with lots of friends, and a visit to Barter Books (Yaaayy,, Tom had to drag me out).   AS the name suggests, it's a secondhand book shop, one of the largest in England and probably one of the largest in the world, and you can bring in books to barter. 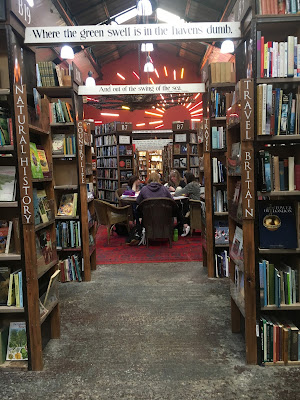 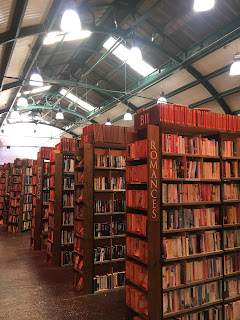 These aren't the best pictures as I only had my phone with me and not a lot of time to spare,
plus there was the more important task of buying books and some souvenirs for our Book Corner. 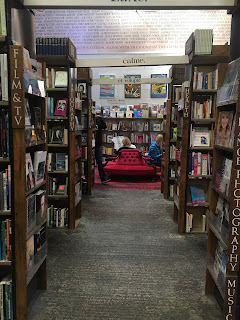 It really is a splendid place.   It was on Kezzie's blog that I first heard about it, and I've been trying to engineer a journey to drive past Alnwick ever since - and managed to bring a bag of books with me to barter. 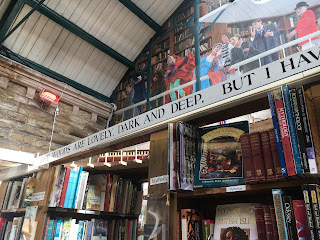 It's a haven for second hand books and particularly for collectors - there's some amazing antiquarian sections among the more common-or-garden books. 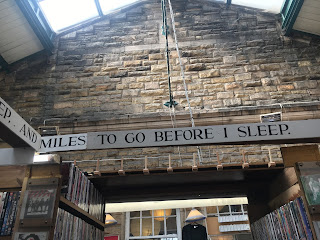 But the highlight for me were the lines of poetry on every free surface.  That and the train which I didn't manage to capture.  It runs in front of this mural of famous writers of which I now have several photos in an attempt to catch one of the wee trains running on that track in front of it  (note to self..you really need some photo lessons) - the book shop is in an old railway station that was on a line only used by Queen Victoria I think on visits to some local lord - I'm a bit scant on historical fact and no time to check this morning. 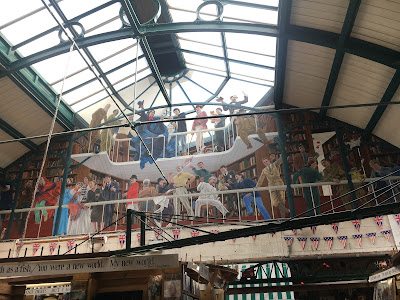 We're two very tired bods and it'll take a few days to catch up with ourselves, but we're hitting the ground running and today I start a new singing workshop for people with lung conditions in association with the British Lung Foundation.  Hopefully a few people will turn up as I'm very much looking forward to this project which will run for a few months if there are enough participants. 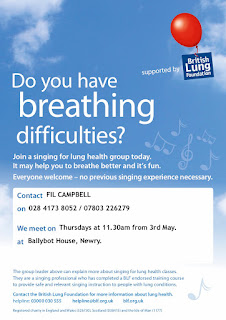 Better dash - I'm looking forward to catching up with all the Scavenger hunt photo blogs over the weekend and also looking back at the other positive news stories too from the We Are The World bloghop.