To Ell and back

I've started this blog at least four times and keep re-editing from "We're in the middle of our annual trip" to "We're home!" and various stages in between.

After all the drama of hospital visits over Easter,  we actually made it to the ferry on time.   Tom only got out of hospital on the Thursday and I came home from town on Friday morning to find him out mowing the lawn!   The man has no wit.

Thank you for all your good wishes - it took half the tour for him to get back to normal and for my stress levels to reduce!  And it took nearly 10 days to feel rested.  My MIL was also in hospital at the same time, and that plus not getting an Easter visit in with my own mum, left me rattled with blood pressure soaring.  It was two not very happy bunnies getting on to the ferry.

However we had a fortnight travelling around the Benelux countries and Germany.  We did 4000kms in 2 weeks and though we're home tired, the memory of lovely gigs and seeing old friends totally overtakes the motorway hours..

We took the ferry to Cherbourg in France, and from there started with a house concert in Luxembourg then north to Rheinberg where we did concerts in Mehr and Hamminkeln, then further north to Oldenburg to stop off with friends and next up to the North West Coast to head out to Hallig Hooge (or Hooge Burg as some wag suggested - do all the burgs in one trip!).


I've written before about Hooge, a very interesting not quite island in the middle of the North Sea.   The main attraction at this time of the year is the arrival of 10s of 1000s of Canada Geese and people travel from all over the country to birdwatch.   For me, I must be honest and say that I don't like cold windy places - once is enough, even the west coast of Ireland is a challenge for me - give me sun any day   But I do love the people on Hooge - islanders are exceptional.  Did I ever tell the story of my song Island Love?   I must do that. 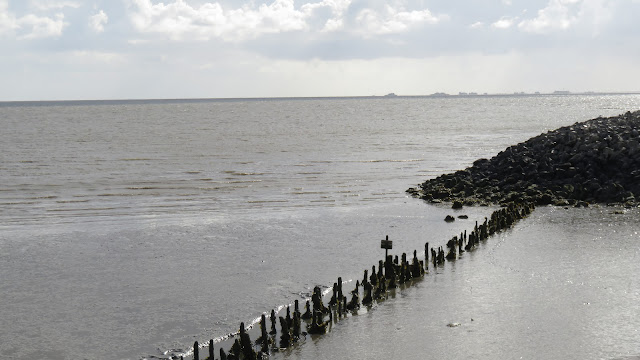 Our last gig was in Zevenaar in Holland and some lovely photos were posted up on Facebook yesterday which I've shared on our Facebook page if you care to have a nosey. 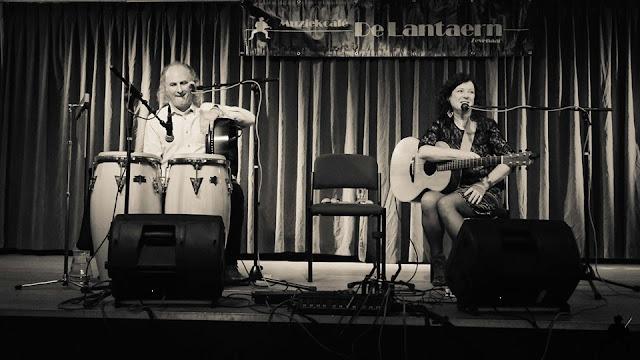 I have been keeping an eye on your blogs even though I've not been posting comments.  There's a feeling when you're on tour, that you're 'on' from the minute you leave home until you get back again.   If you're not driving, and the drives are torturous in Germany, you're either with people or getting ready for the gig - finding an hour alone is very difficult, even on days off.

So as well as getting down to the next thing on the desk, I'm looking forward to getting back to some regular writing and reading and commenting.
Posted by Fil at 12:37:00 5 comments: