Did you know that there are 2,200 Aboriginal languages in Australia?  There is currently a move to protect and preserve these languages - at least some of them.   Like Irish, which isn't spoken anywhere else in the world, these languages will eventually fade out.    But in Wales and in Israel they have managed to totally revive their languages within two generations, from never used to full fluency, of at least half the population in Wales' case and all the population in Israel.   That's no mean feat... All that's needed is the will. Surely it can be done here too. 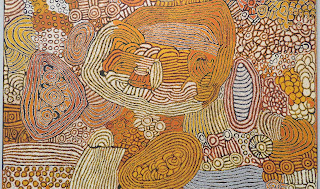 We went to visit the indigenous artists section of the National Gallery in Canberra
These are a few of my favourite paintings. 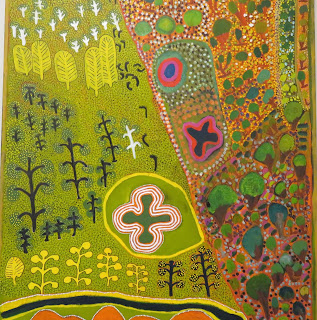 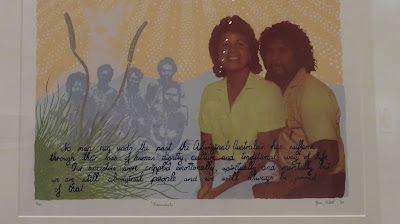 This dress is a collaboration between a textile designer, photographer and dressmaker.   It's modelled on Maria's wedding dress from the Sound of Music and has images of shotguns all over it.   Hence the title  "Shotgun Wedding".   Clever. 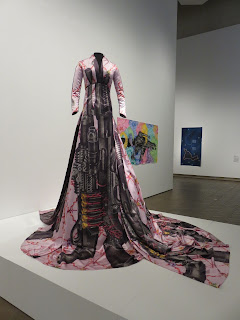 And one of two Hockneys in the gallery - I haven't managed to catch a great picture of it but it was pretty amazing to see.   When we look at something our attention moves around to different parts of the whole - our eyes are constantly moving.   In this enormous canvas of the Grand Canyon, Hockney has tried to explore this trait by helping our eye to travel across the image in a random manner. 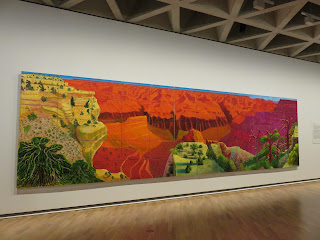 The Sculpture Garden was my favourite bit - we had a picnic by the lake and then wandered around. This Chinese installation of floating heads was really eerie at first but very interesting the more we looked at it. 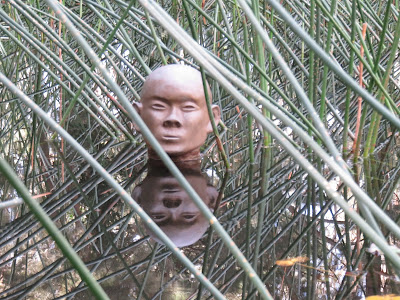 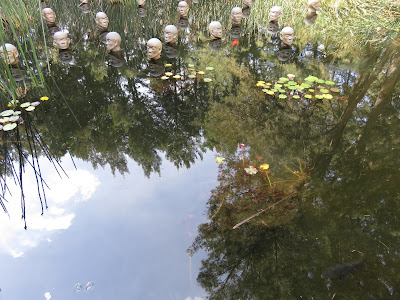 This dome is in a separate part of the garden - it's like a hive sitting on water and with walls that taper inwards... all of it is reflecting the sky. 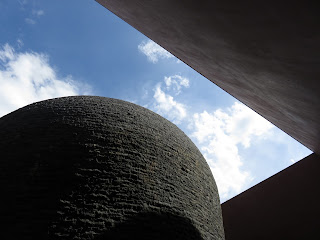 Inside, Tom looking up at the tiny opening to see the sky - I caught this double image in his sunglasses. 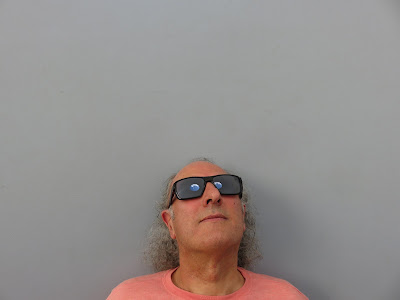 And the water flowing over the edge of the platform gave another reflection. 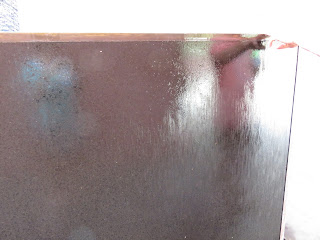 Finally, back at the door of the Gallery, what looked like huge didgeridoos were set into gravel along a winding path.   It symbolised the settlements all along the river where Aboriginal people were moved on by the settlers. Very moving. 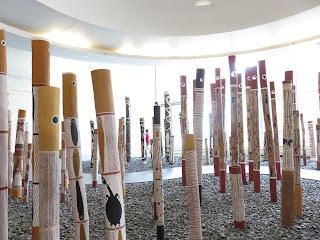 Email ThisBlogThis!Share to TwitterShare to FacebookShare to Pinterest
Labels: australia, on tour

From Melbourne to Canberra

After a wonderful 10 days visiting with my cousins, interspersed with  choir and  bodhran worshops, jet lag,  a radio interview, more jet lag, a cold and 2 lovely concerts, we left the Melbourne area yesterday morning and headed to Canberra via train and then bus, to catch up with Tom's cousin and my niece.

There was spectacular rain as we moved between train and bus in Albury on the boundary between Victoria and New South Wales but it was nothing to the surprise we got when someone we'd met at Fiddlers Green Festival at home turned up to say a quick hello.  Brilliant to see you Peter.
The landscape has been wonderful - still haven't seen a kangaroo though lol - I've caught all these pictures from a moving bus - and the only discomfort in an otherwise relaxing journey was the freezing cold air conditioning on the bus, until the bus driver took pity on me and turned it up a bit.   I've been longing to feel heat in my bones but most people are determined to stay inside and stay cool!   But I WILL go home with brown legs😀😀😀😀

This morning was a quick visit to the Farmers Market before breakfast - and guess what?, the sun is still shining.  And now on to the National Gallery ... more pictures later.

Email ThisBlogThis!Share to TwitterShare to FacebookShare to Pinterest
Labels: australia, on tour

Some of the animals

The day after we arrived in Australia my lovely cousins took us out to Healesville Sanctuary in Victoria to see some of the local wildlife - a wonderfully relaxed way of spending the day after a long flight - I'd recommend it. It was very hot though, so some of the animals were very sleepy and staying in the shade.

Here's some of the residents...

Many thanks to Jill, aka Greenthumb from Made with Love for hosting this monthly Scavenger Hunt - it's a great way to reflect on a month passing and to get a peak into the lives of the other participants.   We're finishing this month in Dubai having a few days holiday on the way to Australia and it is such a photogenic city - it can even survive my snaps..

From a low angle


I love the idea of a language that someone else can totally understand but it means nothing to me... the Arabic calligraphy is so different and very beautiful I think. 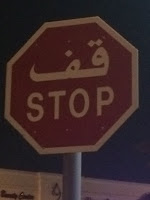 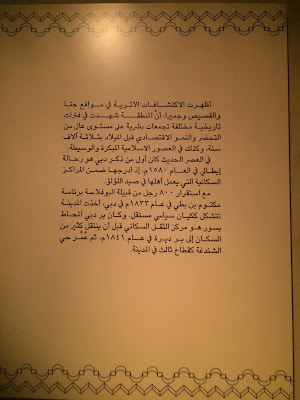 Thanks again Greenthumb for the prompts.