A brief stop in the Lake District 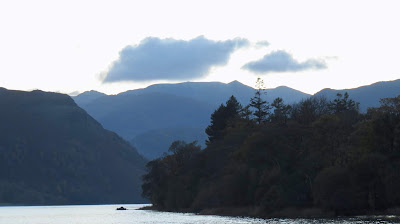 For years we've driven past the Lake District on the M6; we even once did a folk club gig in Cockermouth and spent the next day visiting Wordsworth's  cottage.   But never had we managed to see the mountains as it was always, always, misty or raining. 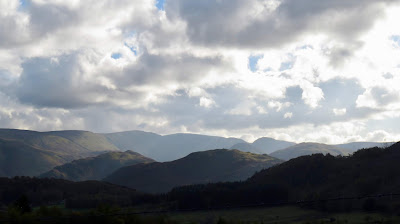 But this trip, the weather was just perfect and we had a long weekend with my lovely cousins who have recently moved into the north lakes district. 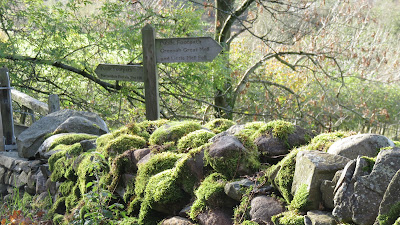 Now I can see why everyone raves about the beauty of the area ... wow. 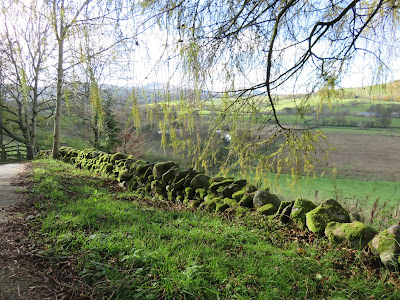 I do hope we'll be back again sometime. 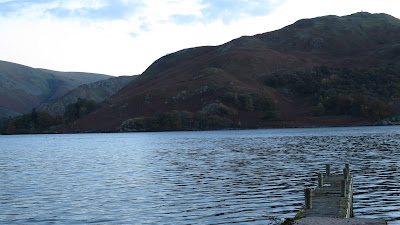 A view from the road

We love the stories we hear on the road .... You know, like overhearing parts of a conversation in a coffee shop ....
Without a doubt the best one on this trip was in a charity shop in Lymm where Tom overheard a woman with a little dog talking to a couple who had just walked in.

What a lovely little dog! said the woman with the husband.   Do you have a dog? asked the other lady.   Oh no, I wouldn't have one .... Would you not like one? asked the lady politely.    Oh I would, I'd love one was the reply ...  I shouldn't say this, but whenever HE goes (pointing at her husband), I'd maybe get one then. I wouldn't get another man!!!!!!

At which point Tom hid behind a rail of clothes to stop himself bursting out laughing loudly... The woman was dead serious and the poor husband just trailed off behind her and out of the shop.

I'm really missing being out playing - without it I never get much practice done and find it really hard to sit at the computer trying to organise tours .... so this is a sweet memory for me - sit back with a wee cuppa and have a look at the journey we had....


This started to shape up into a tour of the Mountains of the British Isles as we drove up through the Grampians (Tom's idea of a shortcut!!) - the Autumn colours were just fabulous - which unfortunately you'll have to imagine as I was driving and Tom wouldn't take any pics as I was giving out so much about following the stupid Sat Nav up into the wilds of the mountain passes ....but the drive was worth it.  We did a songwriting workshop and Tom did a bodhran workshop as well as our concert on the Saturday night in Portsoy way up north of Aberdeen - beautiful part of the world on a cold Autumn's day. 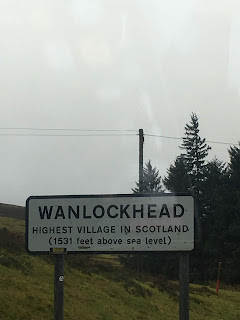 On over to Irvine on the West Coast of Ayr and then a long drive down to Lymm in Cheshire - another great folk club night there and we had a splendid wander around the next day and heard the story above, before heading up north again into Yorkshire and to the Bacca Pipes in Keighley, one of the best singer's clubs in the world - everyone sings, and they do magnificent harmonies on songs that they've only heard the first verse and chorus of - brilliant.   I want to ship them all over to us for the next recording we do.

Everywhere, the fields look incredibly green - there's no filter on this pic above ... no wonder it's my favourite colour.

So, after Keighley, we had a few days off and spent it with my cousins in the Lake District.   That deserves a post of its own, mainly because I'm fed up trying to get photos to go the way I want them to here, but also because it just does deserve a bit of special attention.
The last leg took us back to Redcar on the East coast of England, then down to Birmingham where we spent a silly amount of time in the car on the motorway (how do people do that sort of commuting every day!)   And ended up after a quick visit to friends in Leicester with our last gig in Bollington back in Cheshire.  With one exception we had gorgeous weather the whole trip with beautiful vistas around every corner.   These truly are the most magnificent islands. 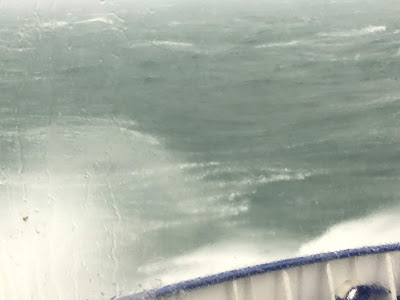 The trip home from Holyhead to Dublin was very churny and a lot of people were sick - take a look at this video that Tom took from the front of the boat ... We've spent a lot of time on ferries, even singing on them at one point, so we're able to cope with heavy seas (the trick is to keep your eye on the horizon and at the same time let your tummy go floppy), but I felt really sorry for all the children on board.  And to make matters worse there was a medical emergency so the boat turned back to meet the helicopter which had to airlift the patient to hospital - I hope they were ok - but that added another hour onto an already slow journey.   Still, we got home in one piece, really exhausted, but very happy with the trip. 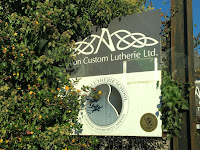 It was a lovely afternoon for a drive down the Ards Peninsula after picking up my guitar baby from the lovely Hungarian luthier who was restoring her to her former beauty.  On the way we stopped off to see an old friend for a few minutes and then took the ferry across to Strangford.  A perfect relaxing Sunday.

I hope you have a lovely week to come - not too much stress, lots achieved and a bit of fun along the way.
Posted by Fil at 19:33:00 5 comments:

Email ThisBlogThis!Share to TwitterShare to FacebookShare to Pinterest
Labels: Sunday check in 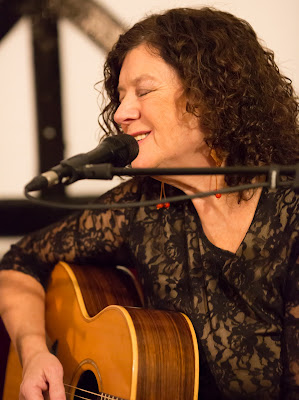 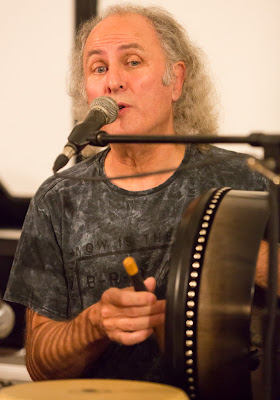 We've been on the road in the UK for over two weeks now and it's been a brilliant trip.   The concerts have gone very well, we've seen lots of old friends and made many new ones, we've travelled from the north of Scotland down into the Midlands of England and points in between and while I'm sad it's over I am most definitely in need of a break and ready to be at home now.

These photos were taken on the very last night in Bollington Folk Club - many thanks to John Appleyard for sending them on to me.

The clubs have been a joy with fabulous singers all along the way who have not only sang with our songs but have provided great entertainment before and during our sets everywhere we went.  And thankfully our new songs went down very well wherever we went.

There have been lots of laughs and many sad moments too as people sang songs about the great war, and many towns we passed through were bedecked with mementoes to the thousands and thousands who lost their lives in it.  And saddest of all, in of the clubs we visited, the Cutty Wren in Redcar, the organiser was very ill in hospital and sadly died the next day.  John Taylor was a lovely man whom we only met once but who made us feel very welcome.   He will be very much missed.

But then the hilarious goings on of singers in the next club redressed the balance.

We stayed with many old friends and some new ones, and of course sat long into the night solving the problems of the world and finding out about each other's views on the B word.  I'm totally talked out about Brexit now.

In spite of my great intentions setting off on a tour, I'm pretty terrible at taking photos on the road, but I'll be back later in the week with a few sights and views.