I've been missing you all for the past while  - it's been a rollercoaster of a month.

My mother in law Dorothy passed away very suddenly early in December and left us all shocked and feeling in limbo.  She had been in and out of hospital with minor ailments and on this occasion was getting ready to go home when she suddenly became unresponsive and never really came out of it.  It was scepsis.

Between her passing and her funeral we had been invited on the back of our Birdsong book to visit the home of the President of Ireland, Michael D Higgins, for the lighting of the Christmas tree and Tom decided to go as it was quite an honour to be invited in the first place.   Aras An Uachtarain is a beautiful building and the day was very special.   That was the Saturday and on the Sunday my singing group Singmarra had a workshop with the amazing vocal group Anuna and performed in concert with them in the monastery that night.

Then Dorothy's funeral was on Monday.

By Tuesday morning I didn't know what end of me was up and proceeded on to our rehearsal and choir dinner on the Tuesday night, more rehearsals on the Wednesday and our Christmas concert on Saturday.

I will tell you more about the positive December happenings in a future post but it doesn't feel apt at this point.  I still feel like I"m reeling.

So in the midst of all this emotion Christmas got put aside until the 23rd when my lovely Aussie cousin arrived from London and I was forced into doing some sort of a clean up and get organised.

My apologies for not being in touch, and not sending Christmas cards - the house eventually got decorated on Christmas Eve, thanks to cousinly efforts,  and we had a lovely Christmas with friends as my mother had decided not to join us this year.

I am happy for Dorothy - it was a blessing for her as she was so unhappy and so wanting to "go home" but it has been a strange Christmas for us, particularly for Tom, and without my own mother here it made it even stranger.   However we're now on New Year's Eve and have somehow surtvived, albeit with another funeral tomorrow to start the New Year :(

I hope next year is a bit less tempestuous and I look forward to keeping up some level of regular practice of blogging...  I have been dropping in and keeping up with what you're at, just not getting around to commenting.

This blogging community means a lot to me and I wish you all a very happy, healthy, peaceful and above all safe New Year.  See you in the next decade ...eeek! 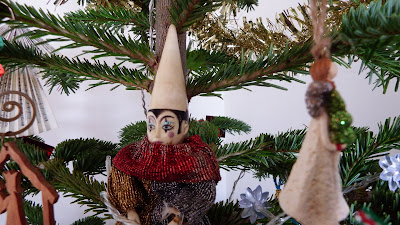 Merry Christmas to you all
It's been a pleasure following along with your blogs throughout the year and I look forward to more of the same in the coming decade.
Enjoy the holidays.
I've been AWOL for the past few months but hopefully normal service will return soon.
Posted by Fil at 22:01:00 4 comments: