Thank you for the lovely comments on my last post - it's lovely to hear from you all.   I've been following along, occasionally dropping in and reading your blogs but I just haven't had the energy to write. 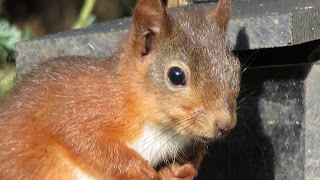 We've had such a couple of months ... first my mother wasn't well through September and ended up in hospital for 2 weeks - she's fine now thankfully.  A week later Tom went in for a routine day procedure and 6 days later collapsed with a massive internal bleed.  To top it off, while he was in the hospital there was an outbreak of coronavirus on the ward and he was sent home early to recuperate and both of us on a 14 day self isolation ... a week later back in hospital he tested positive and once again we had a further 14 day isolation.   That finally ends tomorrow and I'm seriously going spare not getting out.   But all's starting to improve, although he's not fully well yet and thankfully the covid symptoms were negligible and I showed no symptoms at all - at least now he's immune for a couple of months at least.

So apart from keeping the choir going online and doing a few classes I've been learning how to be a housewife lol. I kid you not - the hardest job I think I've ever done is getting meals ready on time - not our usual way of working (usually we wait until one of us is hungry and then there's a mad scramble to find something to eat)... but it's been good having something to focus on.  I have huge respect for all of you that have held down jobs, houses and brought up children - you are heroes.

So now I"ve a couple of book blogs to write, and it's about time to get down to a bit of songwriting too.

We're still enjoying the company of the squirrels (one of whom insists on getting inside the food box!).. 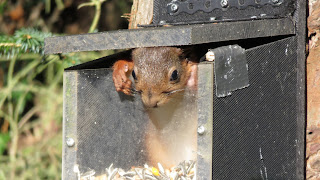 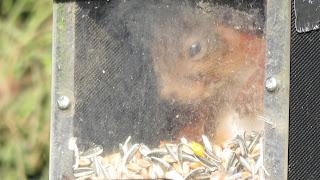 and I took the greatest of pleasure in building a log pile on my own while Tom was in bed :) 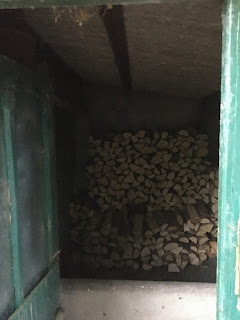 I hope you're all well.
Fil

Bottom of the Garden

On a lovely day in August we socially distanced at the bottom of the garden with my friends Csilla Toldy and Tommy Sands to make a tv programme based on our show The Emigrant Woman's Tale.

On the other side of the hedge is the sea - the border - and this series that Tommy is making looks at all the various projects that have been helped by the EU Peace and Reconciliation Fund - groups from both sides of our divided community coming together and reaching out to forge links across borders.  We were delighted to be the first programme in the series which was broadcast on YouTube on Saturday night. 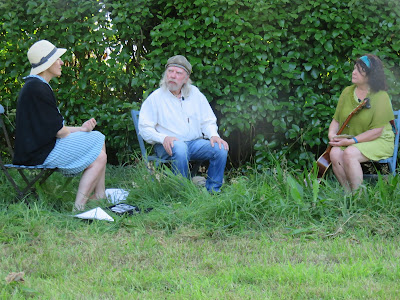 Here's the link to the YouTube video if you'd like to hear some songs, listen to some poetry and hear tales of our border crossings soft and hard - Csilla crossing the green borders of the Iron Curtain, me skipping across a sheugh as a child. 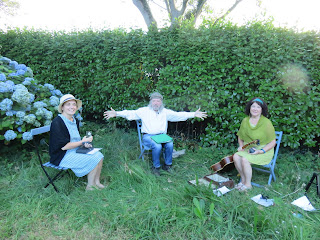