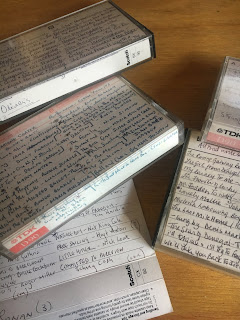 Two years ago I bought paint to tidy up my office.  I keep trying not to call it an office - a den, or a study seem much more artistic, but an office it ends up as, or a junk shop more like.  Everything in the house that doesn't have a place ends up in here, all the necessary stuff as well as all the 'just in case I might need it someday' stuff.  Why do we keep these things!

Anyway I finally convinced the painter of the family that the time was now and we decided to do three rooms (they're small), the clearing of which should have been a doddle.  Until we came to the office that is - 4 days it took me!

Anyway, it's all over now and the place looks lovely and clean and I don't want to repopulate it with all that junk again, no matter how necessary it is.   I've had a really good clear out of books I'll never read again, had a great rummage through old photos from the days when I actually took time to put them in albums (such a pity not to do that any more) and the final treasure find was a box of cassettes.  Ok, most of them needed to go in the bin - they'd been recorded on a 4 track machine which we don't have any more, so they can't even be listened to.  But in the middle of them all I cam across a handful of mix tapes that a couple of people had made for me back in the day when I was playing in the pubs in Belfast - suggestion after suggestion of songs to try out, or simply to listen to. 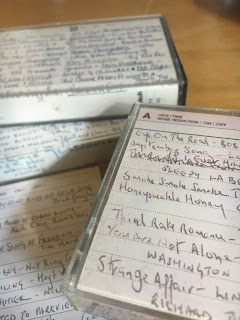 So I spent a lovely couple of hours going through You Tube to listen to some of the songs and had a real stroll down memory lane.   Three or four of the tapes were given to me by a guy who regularly came into a Monday night gig I did in the Rotterdam Bar.  He had an enormous dog that he always brought with him - it was a St Bernard or something like that -a huge gentle giant.   One night while I was in the middle of my set, the dog came up and just sat on my foot, quite oblivious to the chuckles from all the regulars and quite pleased with itself to be in the limelight.

I also found old Mini discs ( no longer playable), VHS tapes (no longer playable) and even a few Betamax tapes (no longer playable cos we have no player).. How technology has moved on in recent years.  The gramophone records and old vinyl discs still need a good going through, but I reckon lots of sheet music will be heading for the shredder or maybe for sale on eBay for someone who likes crafting with it.  I've actually managed to find someone who wants old cassettes for an art project too which was great as I couldn't imagine them ever disintegrating in landfill.  Apparently he's weaving it into rope for the linen museum.

Cleaning out is a great tonic.  Now the challenge will be to see how long I can keep it like that!

Rossnowlagh Beach yesterday was quiet and peaceful.   The tide was out and the smell of the sea was just wonderful.  Not warm enough for sunbathing or swimming (for most people except a few hardy children) but the surfers were lying patiently in wait for the next wave to come in.   It was so calm they might have had a while to lie there I think. 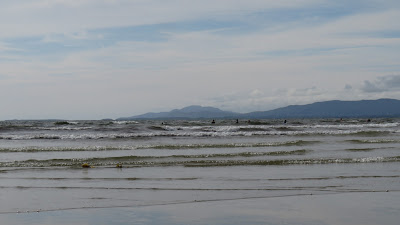 We learnt to drive there - it's 3 miles long when the tide is out like this... This photo is a bit out of focus but I loved the quality of a painting in it. 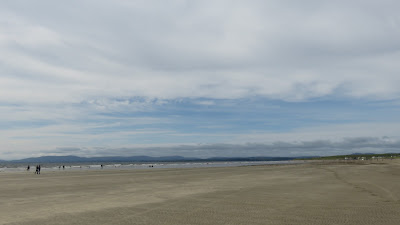 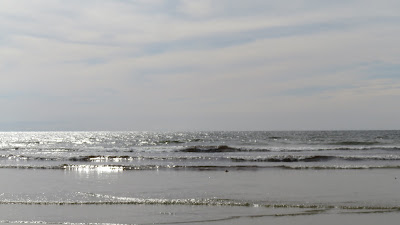 I love the patterns in the sand - it was great to get my toes into it. 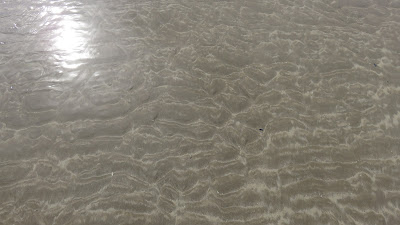 I wish you all a lovely Sunday and hopefully you are not getting scorched wherever you are. 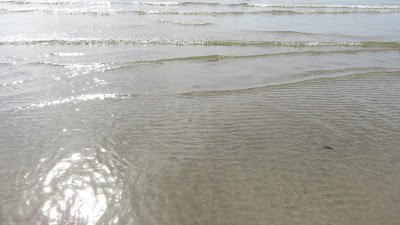 We have a concert this evening over on the other coast in Newcastle and after a couple more studio sessions this week, we start packing for our HOLIDAYYYYYYSSSSSS.  Back to the sunshine - happy days.
Posted by Fil at 14:21:00 2 comments:

Email ThisBlogThis!Share to TwitterShare to FacebookShare to Pinterest
Labels: Rossnowlagh

At the end of a wonderful week of music and celebrating far flung friendships, we are all gathering our wits and energy again.

We only went to a few concerts - Ralph McTell on Saturday night was just superb and what a lovely man.   I really only knew a few of his songs and when the entire hall sang The Streets of London, the heightened emotions in the room was palpable.  Our own Sands Family finished things off in great style and a few of the younger performers were delightful earlier in the week, including Catherine McGrath whom I wrote about here.

We counted 11 different nationalities at the singaround Tom and I hosted on Sunday and our own concert on Saturday went off well in spite of the dreadful downpour that arrived just in time for us to pack our gear into the car and send mice scuttling into the house for cover (we still don't know if there's one lurking in here somewhere).  The first rain in 7 weeks in these parts, it was a mixed blessing, but the gardens breathed a huge sigh of relief.  It can stop now, ok! (still pouring as I write).
Billy, above, was the steward of the local sports hall for many years and he hasn't been too well for a while - it was great to see him out and about in his own personalised car - that's the way to do it:)

Today is the start of Autumn in the old calendar - Lammas - and in another couple of weeks the leaves will start to turn, although a lot are already well wilted with lack of water.


And even though I don't work in schools our work is very term-time dictated, so I love this time of year when there's only performance related work to do - recording, researching, updating.   And while I love my students and my singing groups I'm so happy that there is still another delicious month of untimetabled time to come - more visitors to welcome, some work to do on the recording of a friend's album and a holiday to look forward to.   Happy Days.

How's your summer or your winter shaping up?  Are you getting some time to rest?  Is there enough water and if you live in England I do hope that you're not affected by the floods that are bound to follow.