Back again from a different world.

We arrived back home a week ago from nearly seven weeks of travelling in the Southern Hemisphere - what a wonderful experience.   I can't wait to go back but I could do without the jet lag - wow!!!!  It's like my body arrived home without my brain.

Heading off, I had great intentions of keeping up with regular blogs, but the practicality of staying with people most of the time, moving on every day or so and not having great access to internet made it next to nigh impossible.   so in the end I just gave up on it.   As a result I've missed nearly all of the A2Z posts and with the best will in the world, the chances of getting caught up before we head off again in the next few weeks are slim - so my apologies for not being around commenting.

There was much that was familiar.  For starters, the fact that we drive on the same side of the road made it feel much less foreign than we'd been expecting.  Secondly, everywhere was so green for the early part of the trip anyway, and thirdly so many places are named after towns in England, Ireland, Scotland and Wales that at times it was very disorienting - where exactly are we right now?  It never felt like we were on the other side of the world, which I had expected - the only thing was the moon was back to front.

But there was so much that was different and wonderful.
Top of the wonderful list has to go to the fruit.   Oh my!  I haven't tasted fruit so ripe and fresh since I was a child.   Mostly by the time fruit gets to our supermarkets it has been in cold storage for a long time or has had a long journey ripening off the plant.  But down under everything is grown locally.   I have a very sensitive mouth and find acidic foods too hard to eat so for years I haven't been able to enjoy fruit here at home.   So it was like opening a world of Christmas presents to taste peaches and apples and mangos that were just ready to be eaten.  I'd move for that alone lol

And of course then there was the sun.   I can't tell you how seven weeks of consistent sunlight can improve your sense of well being and energy.  In spite of the fact that I picked up a really bad flu bug and was laid up for nearly 10 days, even with that, I still was bouncing with energy.

And the food and cafes were fabulous - everywhere served gluten free options, or dairy free if you needed it, even paleo diets were catered for - except in the huge shopping centres (awful places )and the airports which was really annoying.

And the wildlife - so colourful and dramatic. 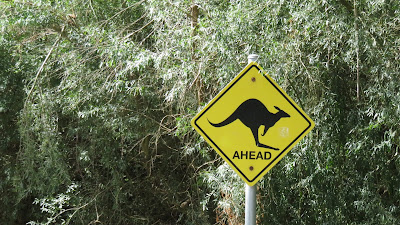 I suppose getting sick was the only real downer - and during the holiday part of our trip too.   The gigs were mostly great and I'm delighted that we have secured the services of an agent if we decide to go back again which I think we'll try to do again in 2018 if all goes well in the meantime.

I was disappointed not to have seen more Aboriginal culture and even found it difficult to find books on mythology or fairy tales - but we've had such a good look around and have travelled over a good bit of the South East of the Continent that we have a better idea of where to find that side of the culture next time we go back.

But it is good to be back home again.   For a few weeks at least.   To get singing again with my choir groups and do a few concerts here (tonight we're in Belfast); catch up with friends and family, and get my students moving on towards their exams (I'm grateful that they're happy to do more work on their own this year), and to catch up with some of you in blogger land.

Take care and have a good week.
Fil

Many thanks to Jill, aka Greenthumb from Made with Love for hosting this monthly Scavenger Hunt - it's a great way to reflect on a month passing and to get a peak into the lives of the other participants.

We've been in Australia for the past 5 weeks and had gigs both good and bad, visited loads of relatives and survived a really bad flu bug.  Here's a look back over the month - apologies for adding some extra pics for illustration purposes.  (And apologies for my formatting which is all over the place - it's been really hard getting good internet connections for long enough to post photos).

There is so much street art around Melbourne - every available space is covered.   These are just a couple I managed to get. 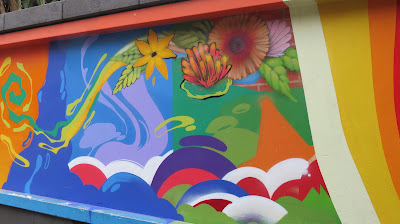 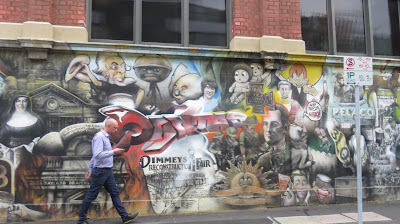 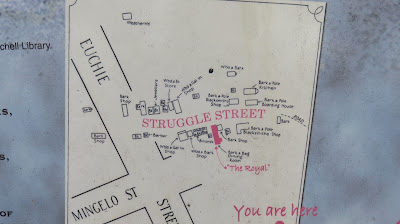 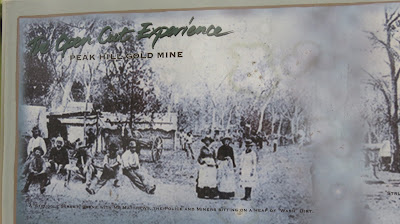 I have to preface this by saying I'm not a doggy person - at all, but this wee chap just took over my heart - Monty the Pug.  Who couldn't love that face :))   He made me laugh and smile and had me on the grass chasing me around the garden - hysterical. 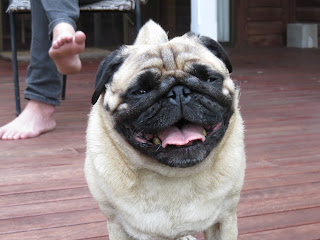 Landscape
Well that's my overview of the month - thanks again to Jill - why not follow the link at the top and play along for the April prompts - it's a great fun way of trying to get photos.
Take care and see you soon.
Posted by Fil at 00:33:00 8 comments: