A walk through May - Photo Scavenger Hunt

It's been ages since I've posted anything and have missed this blogging community, but work and stress have been the ruling forces for ages now and my biggest challenge has been trying to get some rest and balance as well as putting some sort of order on work, house, garden, parents, home, internet (bane of my life) and friends.  So we're supposed to be on holiday today but the car broke down and kept us at home, so I've decided the day is being spent on the sofa with reading and writing blogs, knitting and tv (and maybe there's enough in the freezer for dinner!)

So here are this month's words

I feel a bit mean showing a snowy scene at this time of the year - although we did have snow once on June 8th here a bout 20 years ago - but this was the only seat I could find in old pics .--- It was taken at Annahgakerrig in Co. Monaghan, the artists retreat I've written about a few times. 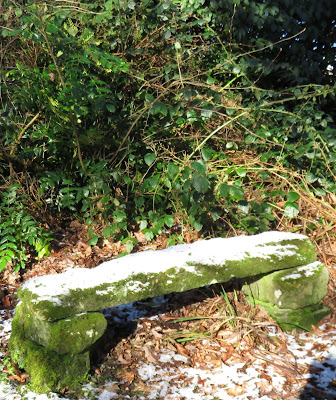 View (from the seat!)

And on a summer's day you could enjoy the view around the grounds - only a glimpse here. 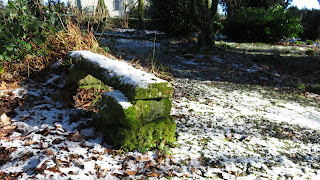 We've had the most lovely visitors to the garden this spring - earlier in the year there was a pair of jays, now we've got a pair of doves and the biggest surprise - a Red Squirrel.    There's been a huge effort to reintroduce reds into the Mournes as there were only greys here for years and years.   So here's our wee visitor having his lunch. 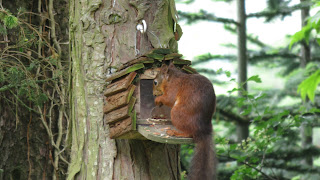 Starts with a P

I was given a present at Christmas for a pottery class and loved it so much I joined up for a run of classes - I think the wheel is not going to be my thing - gosh can I make a mess but it's great fun - but I really liked making a pinch pot.  This was my second attempt before firing - although I messed it up after this pic by punching holes in it, so you'll not be seeing the finished picture I don't think lol 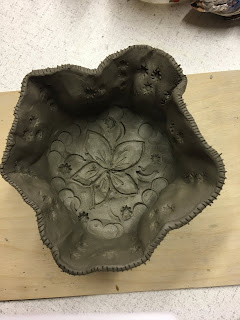 We've made seven trips now out to Hallig Hooge off the north west coast of Germany, mostly in May.   Normally we catch the early morning ferry but for a change this year we travelled later in the day and this was a gorgeous sunny afternoon.

I've had this little lilac bush for years and this is the first time it bloomed - it was in full bloom when we arrived back from Germany - a lovely welcome home gift. 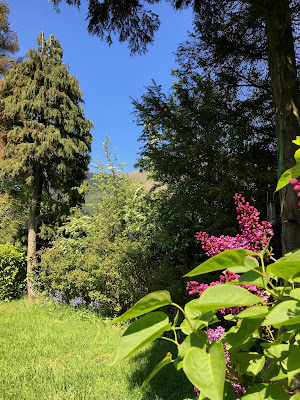 So that's it from me for this month.  See you all next month.   If you fancy joining in, the Scavenger Hunt is run by Kate and she'll be posting the June words in the next few days, I'd imagine.