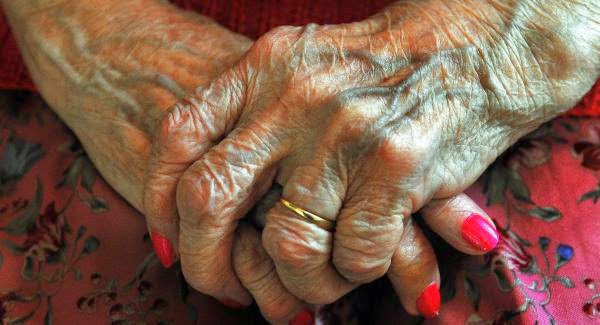 It's well established now that music can have an affect on people with dementia.

A few years ago I witnessed this first hand when we played in some Alzheimer's wards of local hospitals during Bealtaine Festival.

People who were motionless and silent gradually came to life and sang along to the old songs that we were singing from their childhood.

One woman sang from the very first chord we played right through until the last note - we thought she was perfectly ok, but the nurse sitting with her told us afterwards that she hadn't spoken a word in more than 6 months and no longer recognised her children or grandchildren.  Yet the songs from her young day were there as an automatic response.
I was both delighted and really saddened.

It was an amazing gift she gave us to allow us in to her life for a few moments.

I'm always ranting on that everyone can sing - just open your mouth, throw back your head and let whatever noise comes out just happen - you'll feel better for it.   This video proves my point .... it just makes my heart sing.

Taken from an inspiring documentary made a few years back pointing out the loneliness of our senior citizens in old peoples homes.  The documentary is inspiring to say the least ... all links are under the video on You Tube - take a look if you have time.

Last night we played to a full house in Blanchardstown in Dublin - lots of seniors groups in the audience and a good night was had by all :)
Posted by Fil at 17:31:00