I started this at the start of September in the hope that I might get to play along this month with Hawthorn's aka Kate's Scavenger Hunt. - a word for a picture, a picture for a word.   The past two months I've been almost there, but not quite .... and here I am on the last Friday rushing around looking for the last couple of photos lol.  So here goes ...

Meet my new grand nephew born at the end of August - this photo is the epitome of cosy to me ... the size of it - awwww.   Unfortunately he lives in Australia so it'll be some time before I meet him, but all are well. 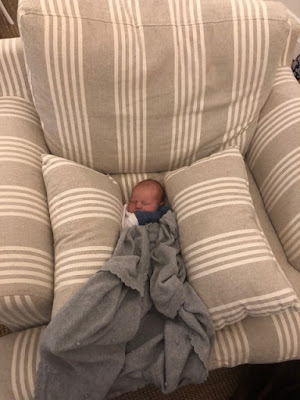 I had great plans to photograph a local house that is always covered by a beautiful red climber at this time of the year, but I'm just back from the dentist, thinking I was due for a simple procedure and ended up with a root extraction ...on my birthday!!!!!   So photo forgotten - so this is one I took this week last year up the Fairy Glen 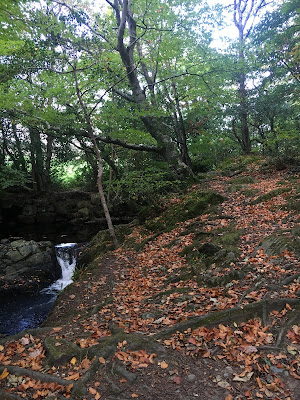 My friend Cat and I went to see the American knitting designer Stephen West at Woollin outside Dublin earlier in the Summer.   He was a hoot, so over the top, and a perfect antidote for me who has to do everything by the book.
I decided to do one of his patterns - this is The Doodler which was great fun to knit and I know it's more of a shawl than a scarf, but I wouldn't have the nerve to wear it as a shawl, so scarf it is!  And it's a bit out of focus cause the wind just wouldn't keep still for a second. 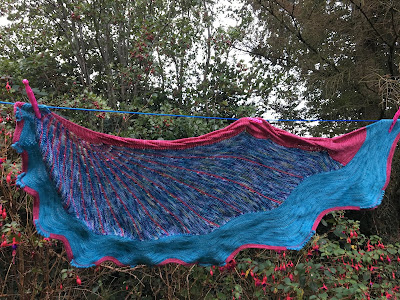 There are thousands of cob spiders around at the minute and cobwebs everywhere - our house is quite old and if you leave it for a couple of days it's been invaded again.
But none of the webs are pretty enough - but this is one from last year when the fuchsia were still in full flow 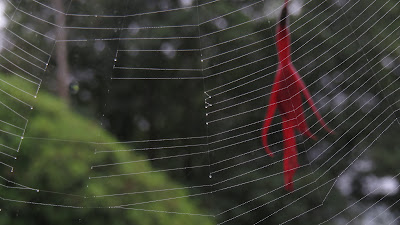 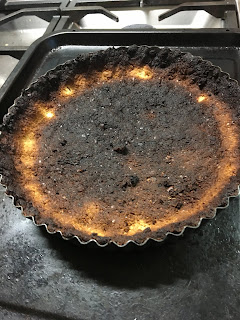 What can I say?   Not my finest hour lol . This should have been a nut crust for a quiche ... oops

I have to include another pic from my flight at the start of the month - and yes, I'm still smiling about that.   But it's a full year past now since the big birthday ( a year ago today in fact :) ) - this birthday doesn't count for anything other than the fact that I've managed to survive another year. 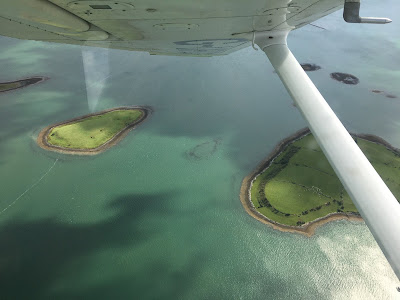 So delighted to be playing again - off to visit the other photos now.