U is for Ulster and updating and unpicking I've really agonised about the U post - couldn't thing about a suitable subject -- and as I don't really have a theme it added to my confusion ….

So first I thought about Ulster (Uladh in Irish - pronounced uh loo) - one of the ancient  4 provinces of Ireland - along with Munster, Connaught and Leinster presided over by the High Kings in ancient times.  You'll hear about Ulster legends and Ulster songs … all of Northern Ireland sits inside Ulster along with 3 counties from the Republic.
In Gaelic football, hurling and camogie, the teams compete for the provincial title first and then for the All Ireland.  Several cultural competitions also run along these lines and end up at the All Ireland Fleadh (fla) every year.  In rugby also, all four provinces have teams.  The Irish international team is made up of the best from the four provinces and is one of the few all Ireland teams - most other sports outside of these have teams from Northern Ireland as well as the Republic of Ireland. 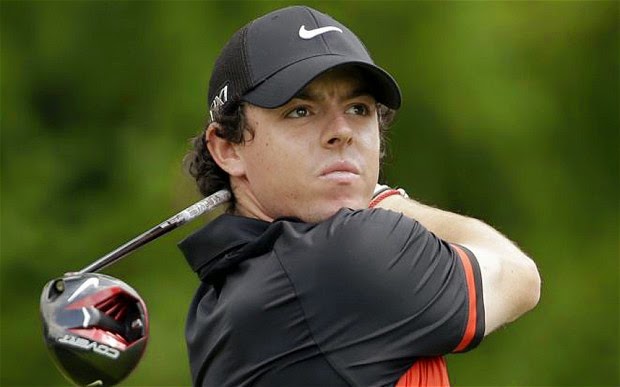 We have great Ulster golfers too and they're world famous - Rory McIlroy came 8th in this year's Masters in Augusta, GA and for a while was world Number 1.   There's also Darren Clarke and Graeme McDowell all world champions and all from our wee corner of the world.
Not to mention Liam Neeson, Roma Tomelty and Van Morrison (more about him tomorrow) - all Ulster men and women.

Then I've been updating ---
Have you ever gone about updating all your online profiles?   Takes ages ... I read a press release recently that said you could do it all in 15 minutes - baloney!!!   It took me 3 days!!   But at least now they're all looking sort of the same, I've gotten rid of several that I had totally forgotten about - who remembers Bebo?  And it left me with a very serious desire to never sign up to another online social media site again - ever!

And lastly I'd been unpicking - specifically my knitting …. made a mistake half way down the piece, and couldn't get it fixed without totally undoing a month's worth of work!!    Still it's done now.
But more generally unpicking my practices - my work, my creative path.

That's what this challenge that we've all been undertaking for the past 3 and a bit weeks has done for me.  I has helped me focus on what needed to be unravelled or updated or left behind.   Thank you A to Z challenge for this.