Imbolc, or St Brigid's Day, the start of Spring 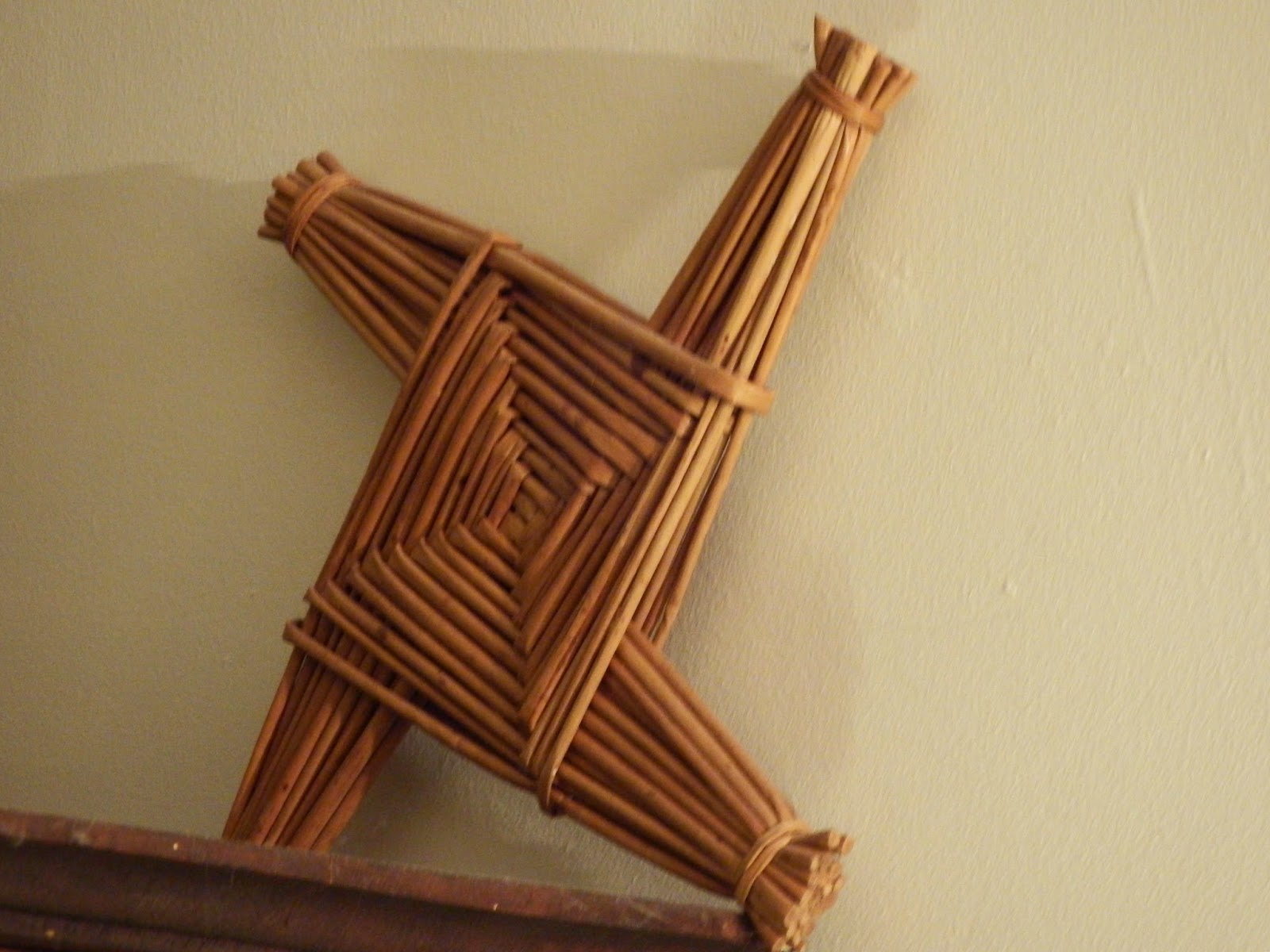 The 1st February is officially the first day of Spring here... not that the weather pretends to fall in line with that.  But already the snowdrops are up and a few lambs are already in the fields.  I should warn you this is a long post so you might need a cuppa ...

There are many things to celebrate about the start of February..   Imbolc, St Brigid's Day, Candlemas and Groundhog Day - all happening on the 1st and 2nd of the month.

Imbolc, pronounced I-molg. is one of the quarter days of the Celtic year, half way between the Winter Solstice and the Vernal Equinox.   The word, it is thought, comes from the old Irish word oimelc, meaning ewes milk.  Until recently it was celebrated in Ireland as St Brigid's Day, but in recent years, the resurgence of interest in the Celtic Calendar have meant that both are celebrated now.

Check out this fascinating blog for detailed information about Imbolc and about what's happening around Ireland to celebrate it.   John Wilmott, Woodland Bard is an expert in Irish mythology and keeps a sacred labyrinth at this restored cottage in Co. Leitrim.  John has become a friend through Facebook and he is a store of wonderful information.  He is a bard and keeper of treelore among other things.

Then there's Brigid's Day - in Ireland there are several festivals to Brigid, whether to the goddess or the saint.   Brigid of Faughart Festival  is run by my friend Dolores Whelan, who is a teacher in Celtic Spirituality.   Check out her fabulous Celtic Calendar on her website where the year runs from November to October.   I'm going to a workshop on spirituality and singing as part of this festival which will be so interesting .... I'll report back.   Faughart near Dundalk in Co. Louth is recognised as Brigid's birthplace.

In pre christian times our ancestors dedicated the day to Bride, the pagan goddess who was the daughter of Dagda.   Legend has it that the cauldrons of Bride were always full and her followers would be blessed with plenty.
With the arrival of Christianity, the Church allocated Bride's day to St Brigid and gave her the same attributes - generosity.  She is the patron of the hearth, the forge, the family and marriage.  To confuse things there is another St Bride too who was Mary's midwife and later protected Mary and the infant Jesus from King Herod.   Here feast is also the same date.

Brigid's crosses are still made - mine in these pictures are from last year - I'm guessing the bigger one was made by my mother - it's quite perfect .... My own smaller one is not nearly as neat!  The crosses are made from fresh rushes. I'm not sure that I'll be at home this year at the weekend to make one, but I'll always get a new one somewhere.  It's a beautiful symbol of the turning wheel of life.

I find it interesting that although I am not religious these old symbols of our ways of life are important to me to have in the house.

And here's a lovely English folk song for Candlemas sung by the gorgeous singer Kate Rusby It is based on The Robert Herrick Poem, "Ceremonies for Candlemas Eve" which Kate has set to music.

Candlemas Day is on the 2nd February and marks the day, 40 days after Christmas, when Jesus was presented to the temple.   It also was the day when all the candles for the coming year were blessed, so it was literally the Mass of the Candles.
Again, this is believed to have been a pre-Christian festival dating back to Roman times when Februa, the Mother of Mars was celebrated by a candle carrying procession the the streets of Rome on the date when Women performed certain purification rites.


And lastly Groundhog Day, and really all I know about this is the movie of the same name.   But I do love the names that are given where the groundhog is celebrated on February 2nd - my favourite is Punxsutawney Phil - he must be great when he's called Phil :)


Some silly interesting facts about February


Traditions and rituals abound at this time of year ... I could write for hours but I don't want to bore you into submission.   If you'd like to find out more do follow the links to John and Dolores.

I also want to make mention of Irelands Own Magazine for some of the other bits of information.  It is a weekly magazine that has been around since 1902, documenting and preserving the old Irish ways and celebrating the people and places of the country.