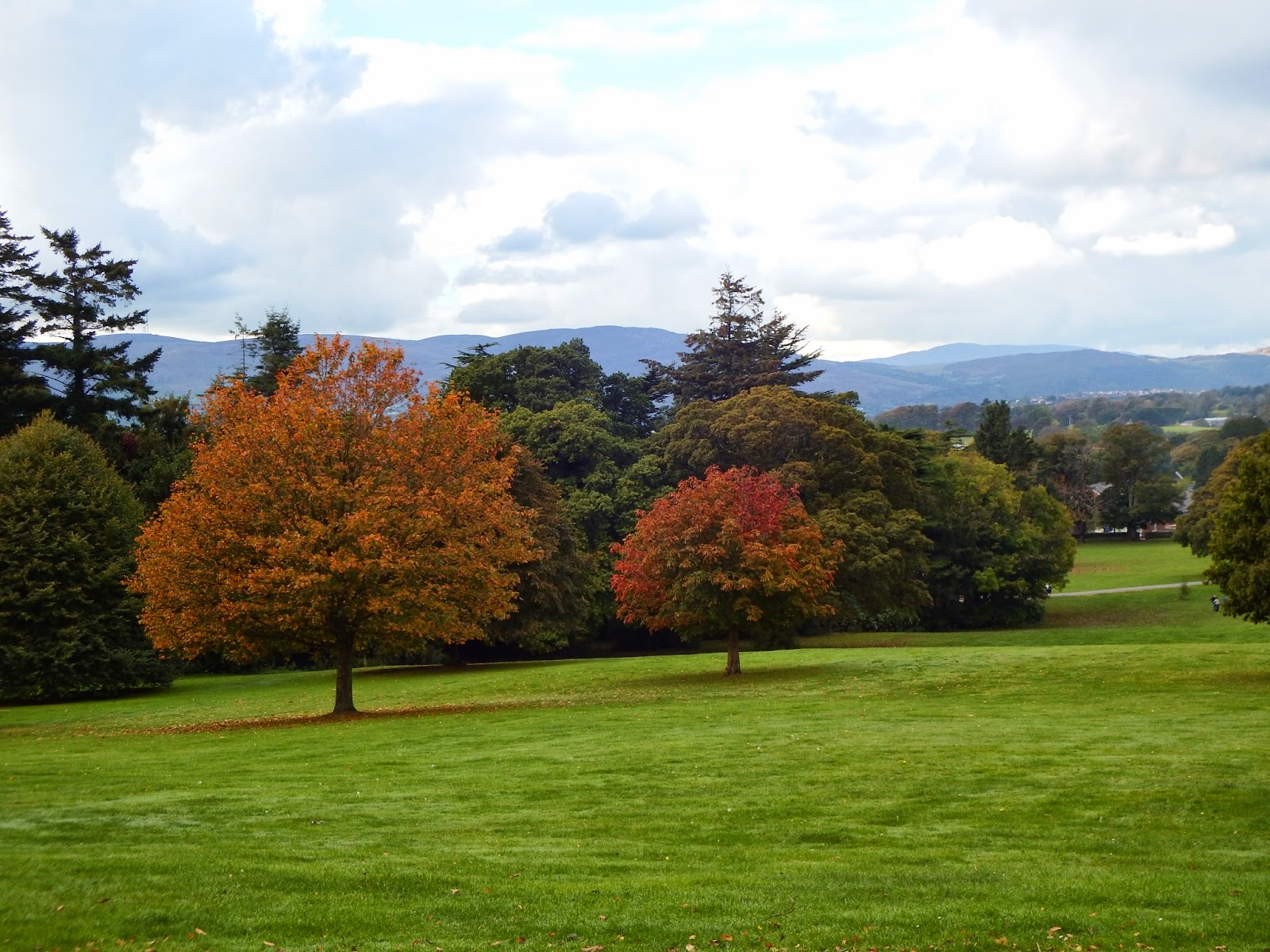 I've decided to take part in another blog challenge - I realised that the discipline of regular posting was starting to fade thought it took a while to notice that I missed it.  So this will hopefully get my head back into the swing of things again.   There's no theme but there's a backlog of stuff I've wanted to write about.


For today I had to share the park in its glory on yet another gorgeous Autumn day. 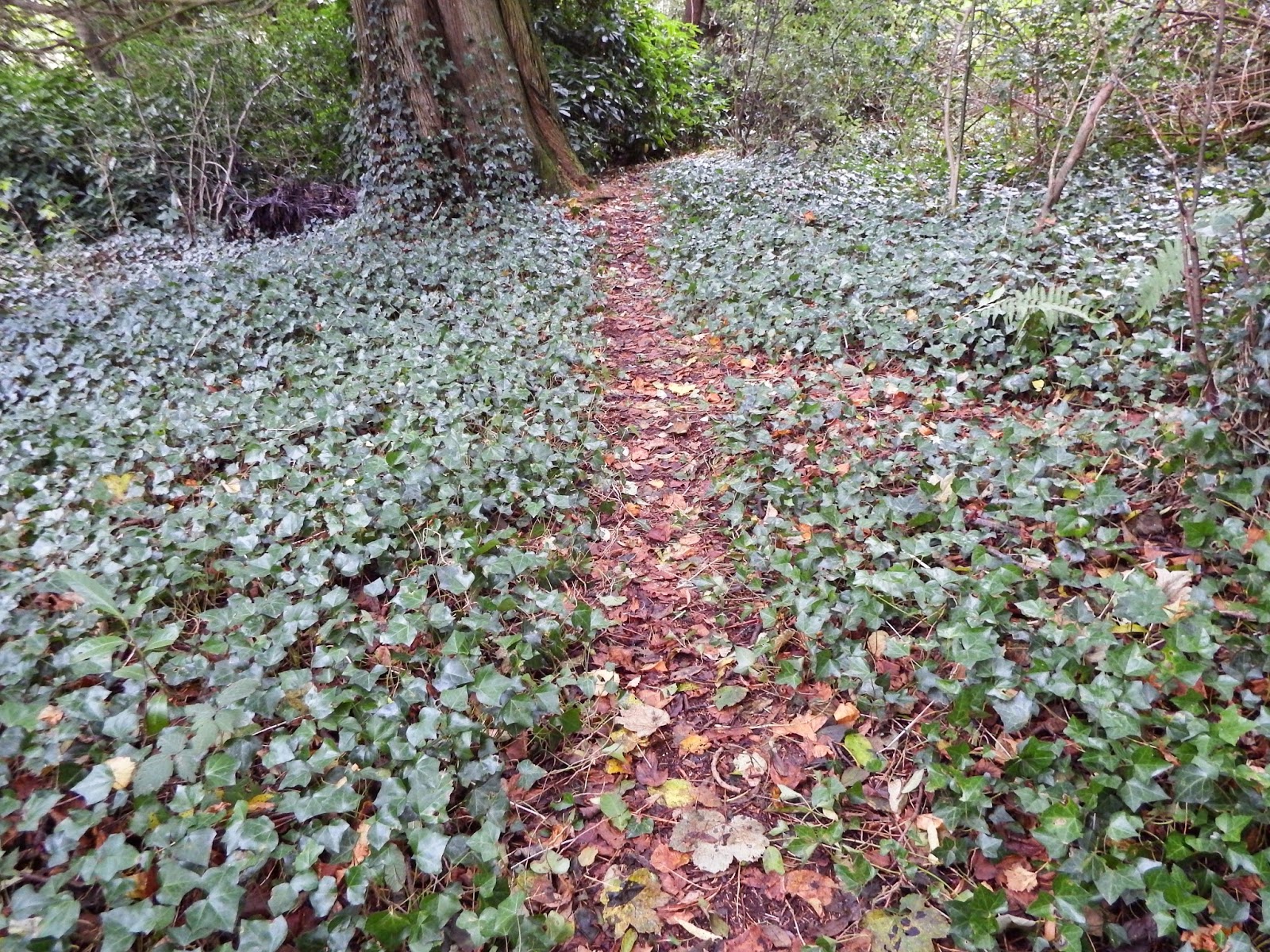 Kilbroney Park belonged to the Bowes Lyons family - that's the Queen Mother's family - and was left to the community.  It's got lovely Victorian style walks as well as access to the mountains behind.   Great use is being made of it - a new mountain biking trail was opened last year bringing lots of tourists and now the Narnia Trail which will open later in the month - more of that later in the week.   You can read Part One here of my visit to the trail.   But with all this the place was packed today.  Well needed and long awaited tourism is coming to Northern Ireland. 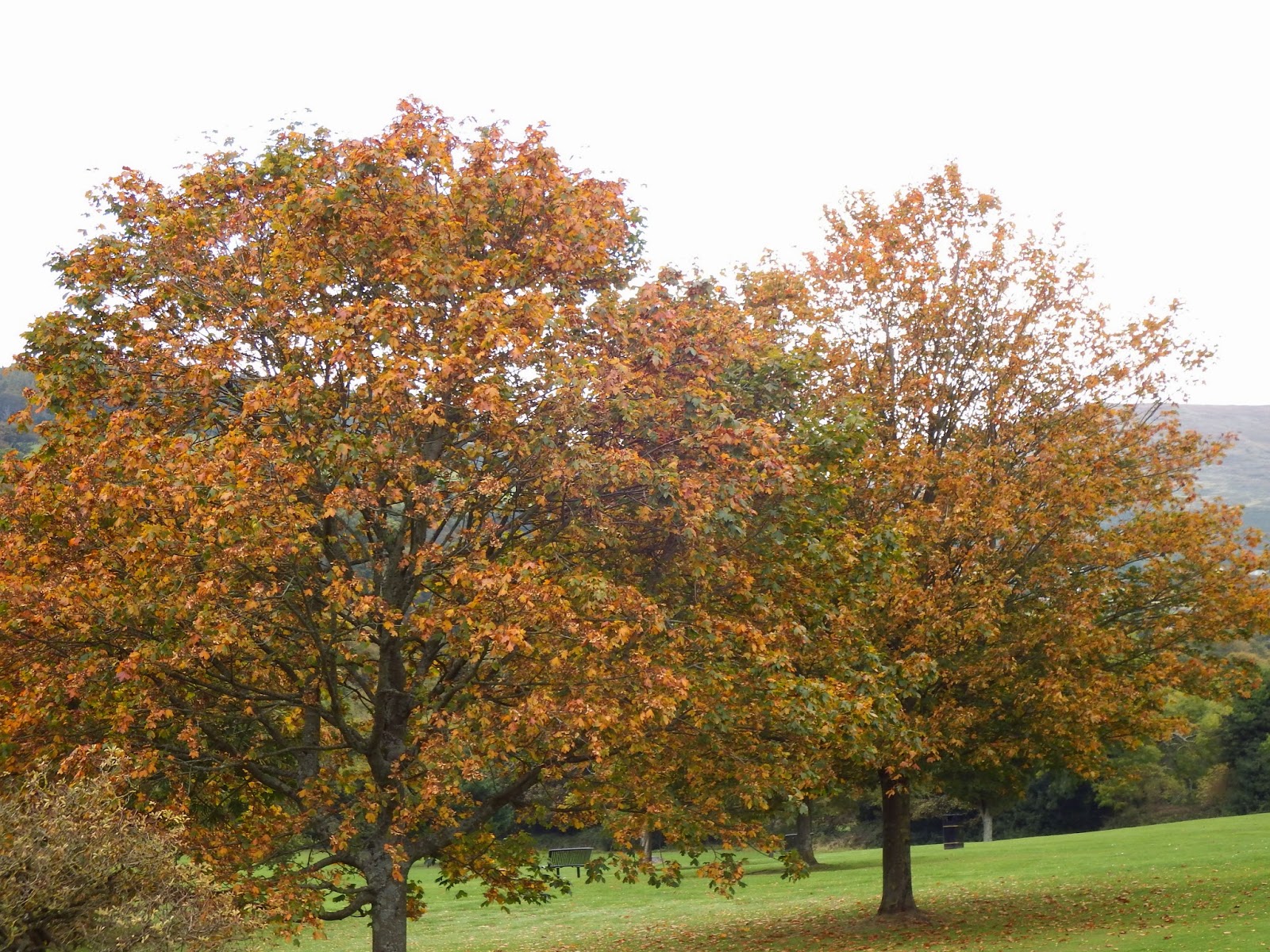 The park is starting to look resplendent in its Autumn clothes.  There are a lot of oak around here and Autumn will carry on well into November, fingers crossed. 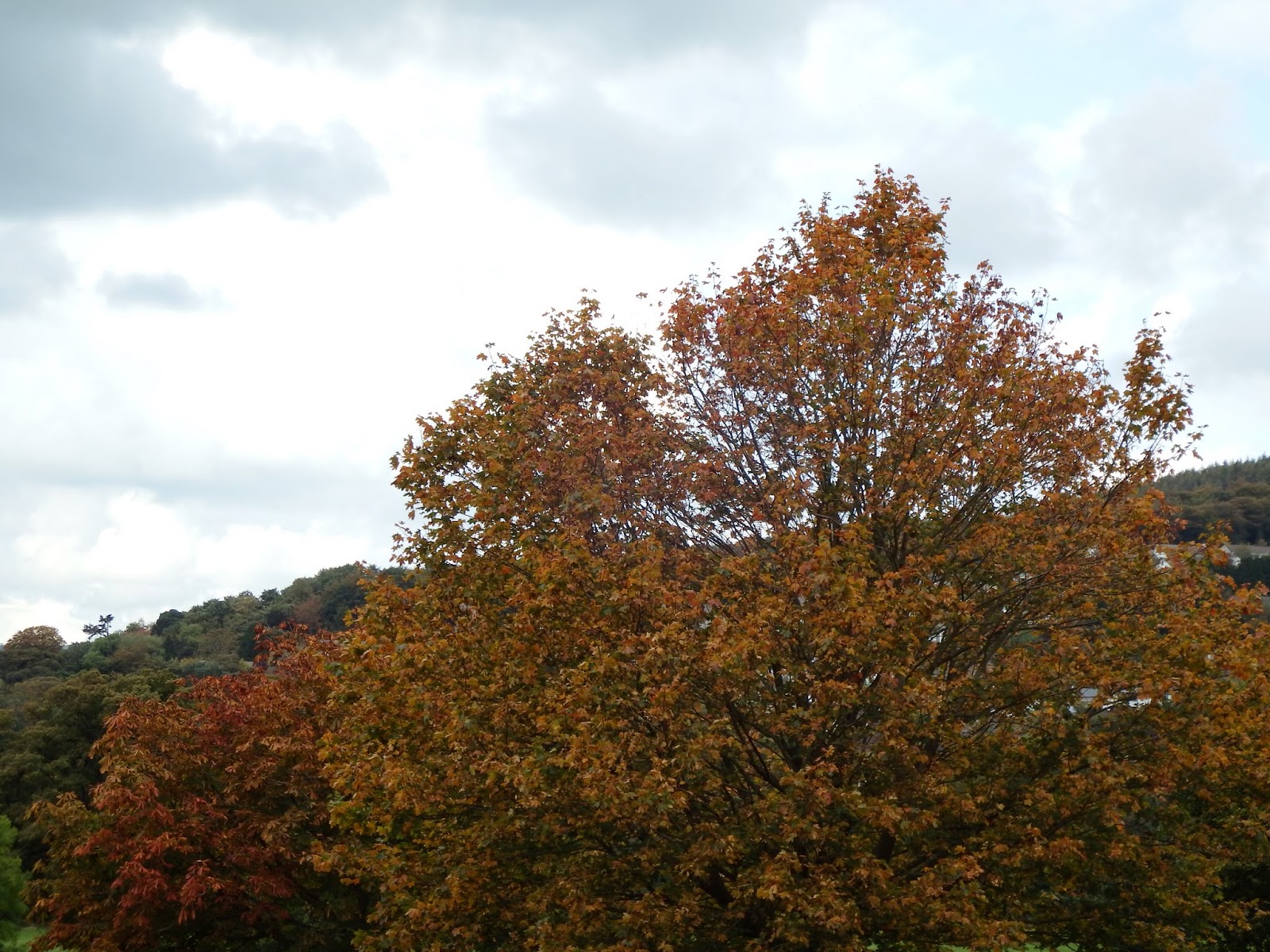 I once saw the Fall in New England - or rather the trees in all their splendour before the leaves fell.   Actually I had a really crazy day up near Boston somewhere - I'll maybe tell you about sometime....   But the trees were magnificent - miles and miles of orange, red and gold.  The vastness of the landscape took my breath away.  Apparently it all happens so quickly because there's such a difference in temperature between summer and autumn.


Here things happen much more slowly - usually anyway - I'm hoping that they don't fall took quickly this year since we've had such a quick move into cooler weather. 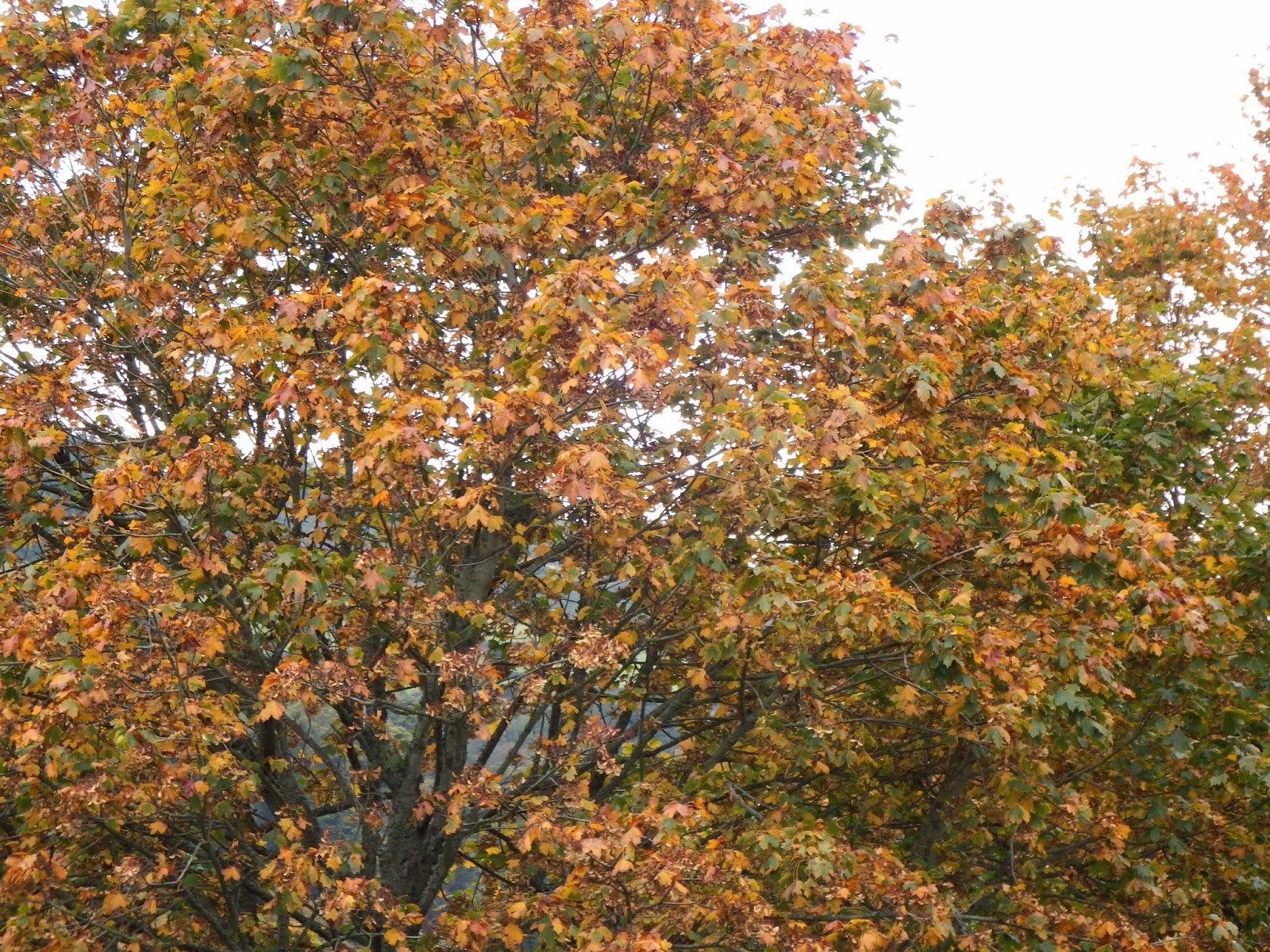 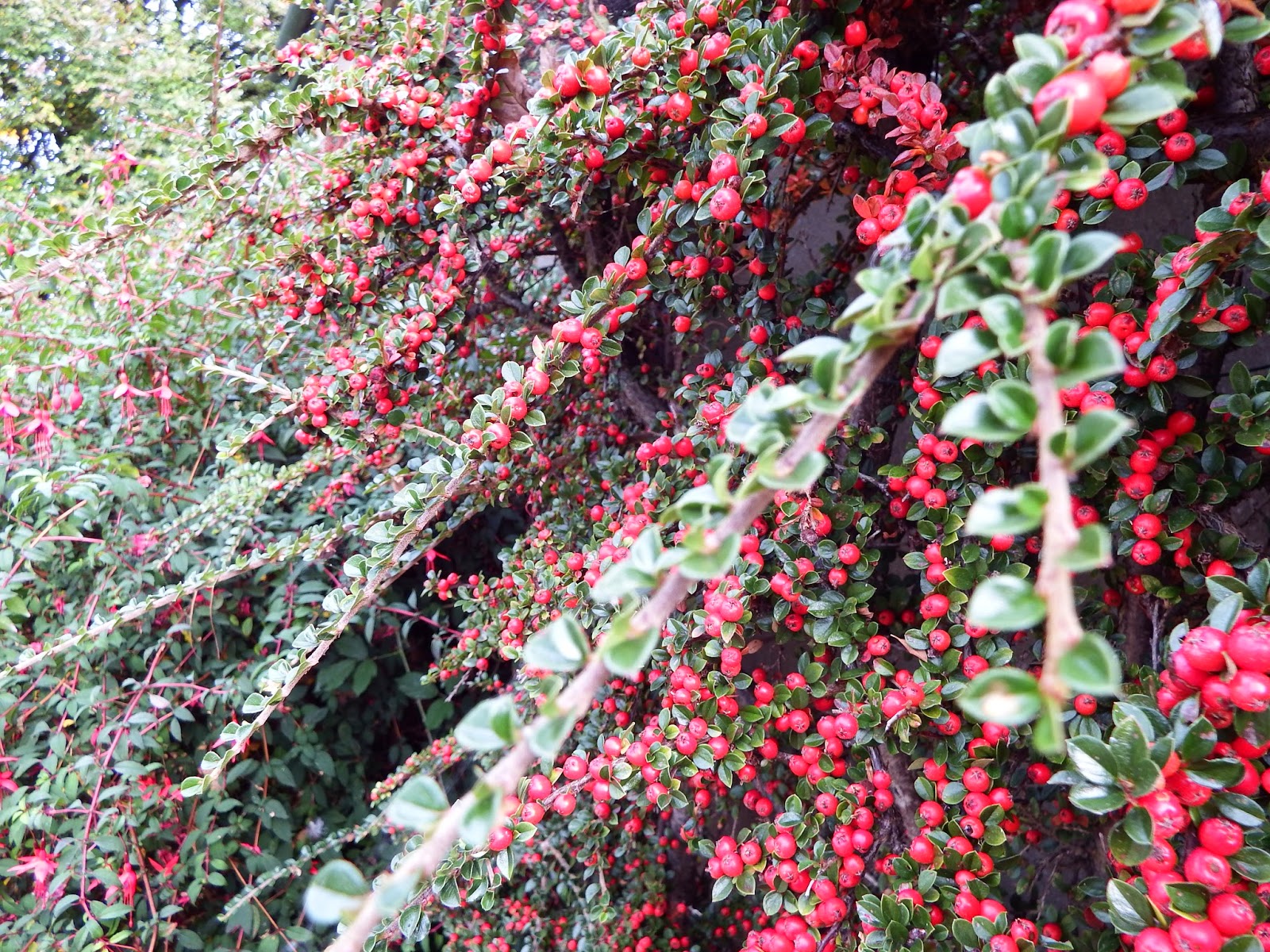 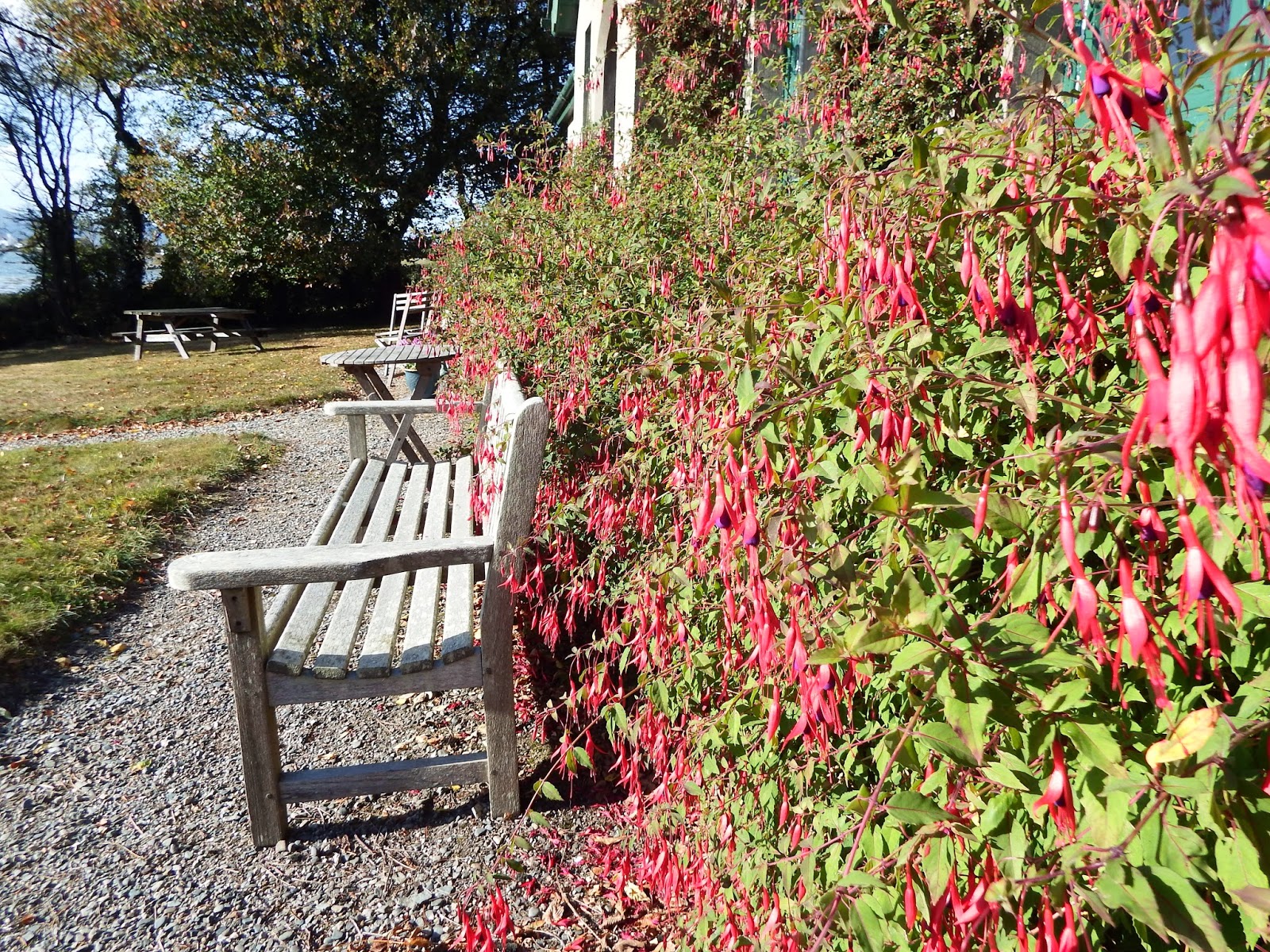 ....and the fuchsia will soon be trying to get in the window totally but I haven't the heart to cut it back yet when it's still in bloom. 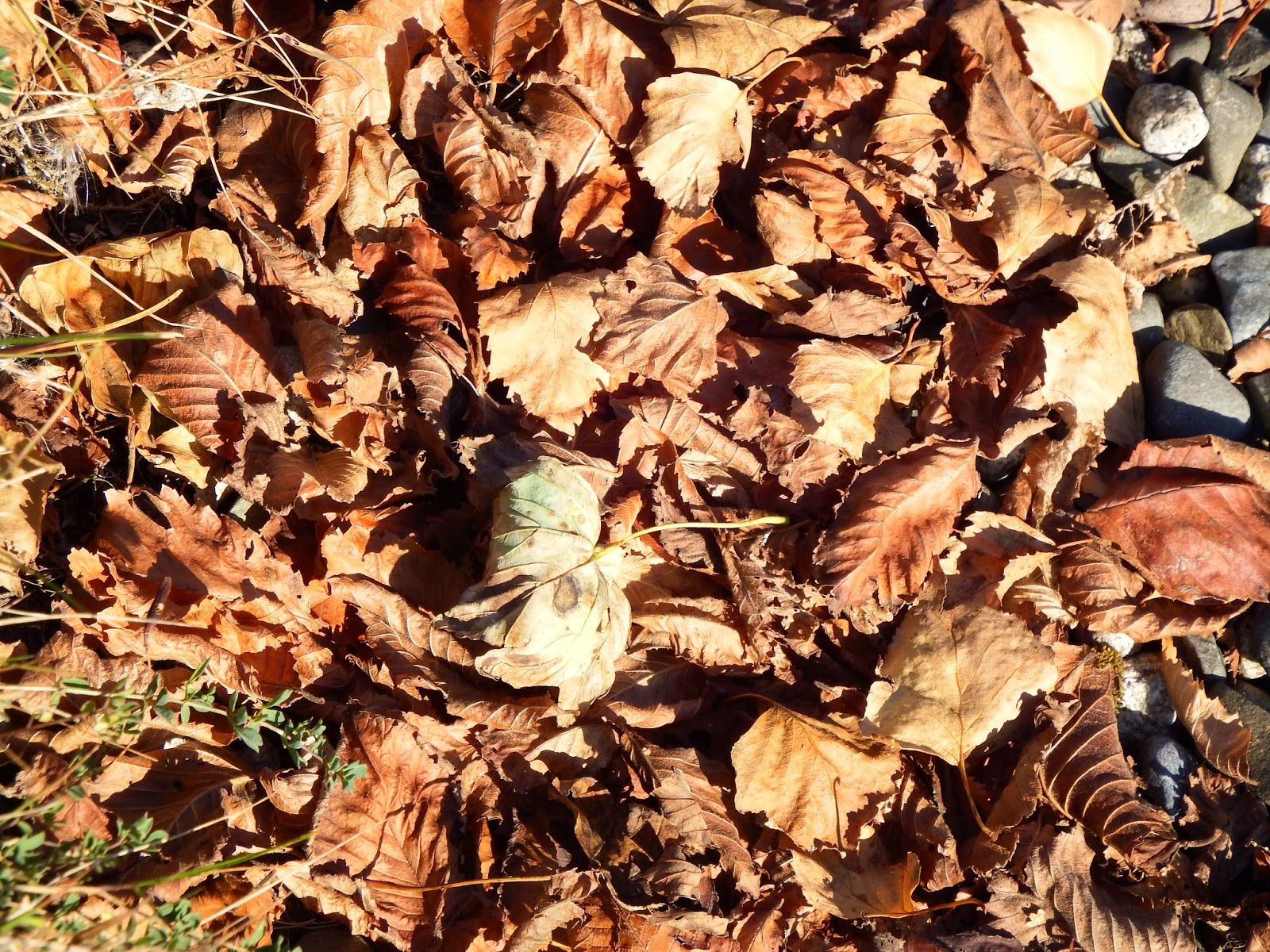 This is Day One of the Sarah Allen's 30 day blog challenge
How's your Autumn shaping up?   Do you still have much sunshine?   What's it like at the minute down in the Southern Hemisphere - has Spring shown up?