It's the end of another month - the year is passing fast - and it's been so good to be back out on tour again.   I'd forgotten what hard work travelling and performing each night is, but I'd also forgotten the sheer delight of being back on stage.  So all my photos for this month's Scavenger Hunt come from this trip through England and the Scottish Borders.
Thanks as always go to Kate at I live I love I craft I am me for hosting this delightful bloghop each month.   As well as the fun of finding photos to match the words it's also a chance to get a glimpse into friends' lives in other parts of the world.

The mining museum at Woodhorn near Ashington in Northumberland.   The sky was so blue - perfect early Winter weather, freezing cold but thankfully dry.  I loved the architecture of the wheels against the sky and the museum, which has an interactive mining experience as well as an exhibition of the Washington Pit Painters, really brought alive the tough tough life of the miners and their families, from the earliest days right up to the Miners Strikes in the 80s.  Very interesting and sobering afternoon. 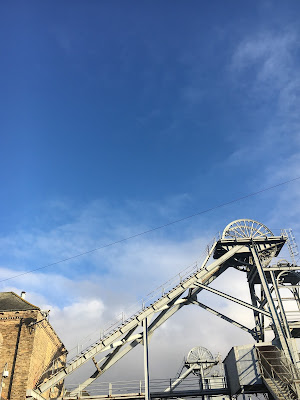 Well wrapped up and freezing cold at the Christmas Market in Chester. 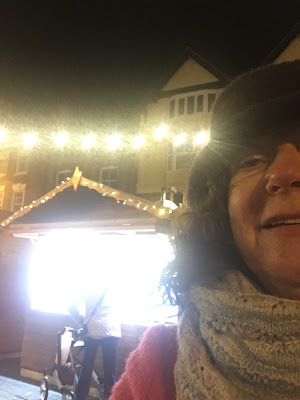 The Pit Wheel at Woodhorn 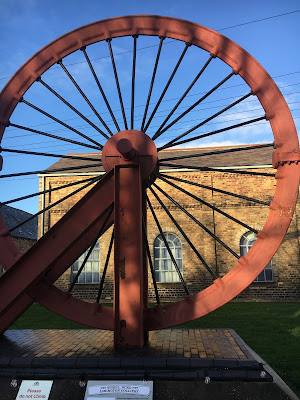 Driving through the Lake District last week this beautiful rainbow popped up - right on cue. 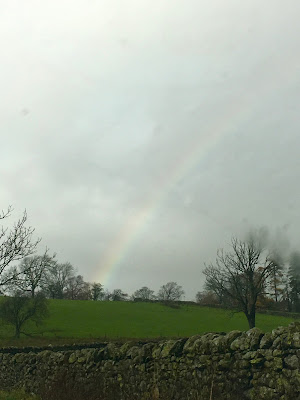 The ruins of Jedburgh Castle in the Scottish Borders - how about that for arches.. 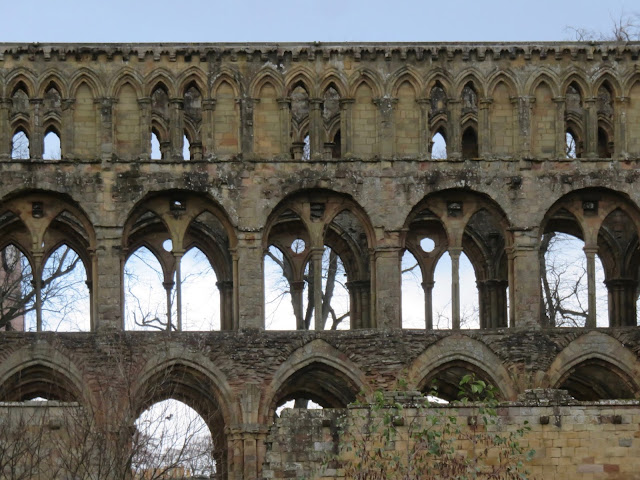 Every folk club holds a raffle to help with their funds and for nearly 30 years Tom has been buying raffle tickets - at every club we play at.   When he won his first bottle of wine years ago we reckoned it probably cost him about £200!!
The raffles are always fun - whoever wins the box of chocolates or sweets has to share them around, usually under the nose of the singer , humph
This was the result of his winnings one of the nights this trip - a Kinder egg!  which produced this crocodile when opened and put together - "Don't forget his fish!" was the retort behind the drivers wheel! 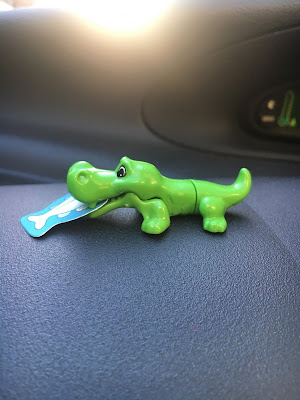 Isn't this lovely?  We went to a folk club concert early this week and the singer was playing this guitar...  I thought it fitted perfectly.   Some of you may have seen him - Stanley Accrington.   It's the funniest evening I've spent in years.   A real belly laugh.    Stanley's a hoot - a clown, a jester and a very clever wordsmith.  A comedic commentator on life and all its anomalies and quirks, skilfully dropping in some very poignant thought provoking songs that kicked our emotions back into touch, and then rescuing them again with some hysterically funny observations. 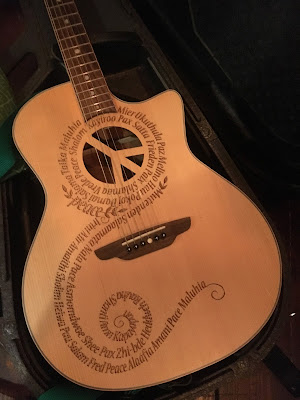 I love these everything shops - whether you need a brush or a beach ball, an egret or a lampshade, this is the place to find it.  You might even find a pair of leggings !   A heater would have been top of the list this week - this pic was in Jedburgh. 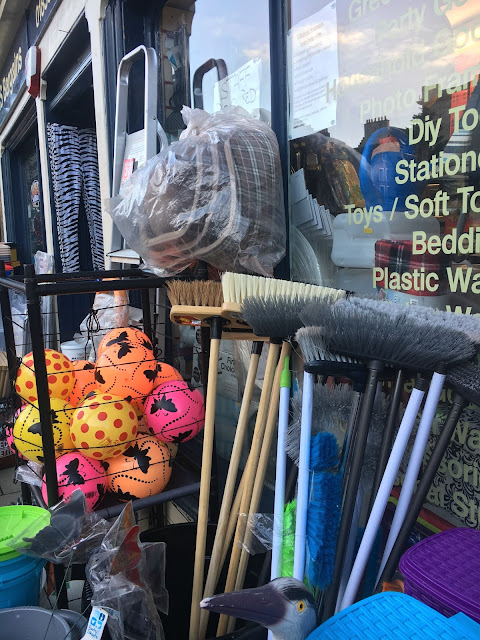 Back at Woodbury - these are Dog Nails (spikes) - large headed thick, mild steel nails for fastening rails to wooden sleepers.
I have to confess this prompt had me stumped and after searching for weeks looking for a really impressive and imaginative photo for nail, this one arrived just in time.
the exhibition followed a young lad of 13 becoming a man and going down the mine for the first time, the experience of going underground, the ribald humour of the men, the desire to get the top job of the hewar - a man who basically stayed crouched down in a space smaller than one metre high for his entire working day and working life.   What a life!   When it came to reading about the strikes in the 80s which I remember very well, I felt so sorry for these people who's lives were totally controlled by the establishment and the strength with which they fought back.
But, in spite of the lack of jobs, I'm sure there's very few would wish to be back underground. 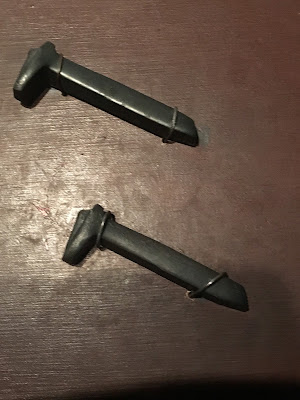 A guy was making huge bubbles at the Christmas Market in Chester last weekend - I managed to catch this one before the children burst it.  What is it about bubbles that makes everyone smile - such a simple delight. 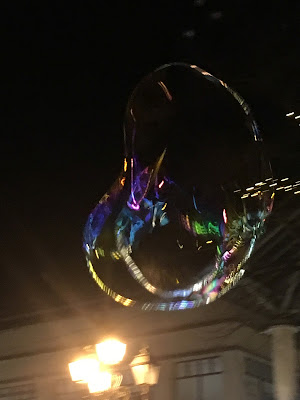 So that was my month.   I'm writing this on the ferry heading homewards, head full of ideas and plans, and looking forward to this month at home, getting Singmarra ready for the village pageant and taking part in the various events that lead up to mid Winter.

Head over to Kate's blog to check out the other Scavengers and we'll reconvene in January sometime.